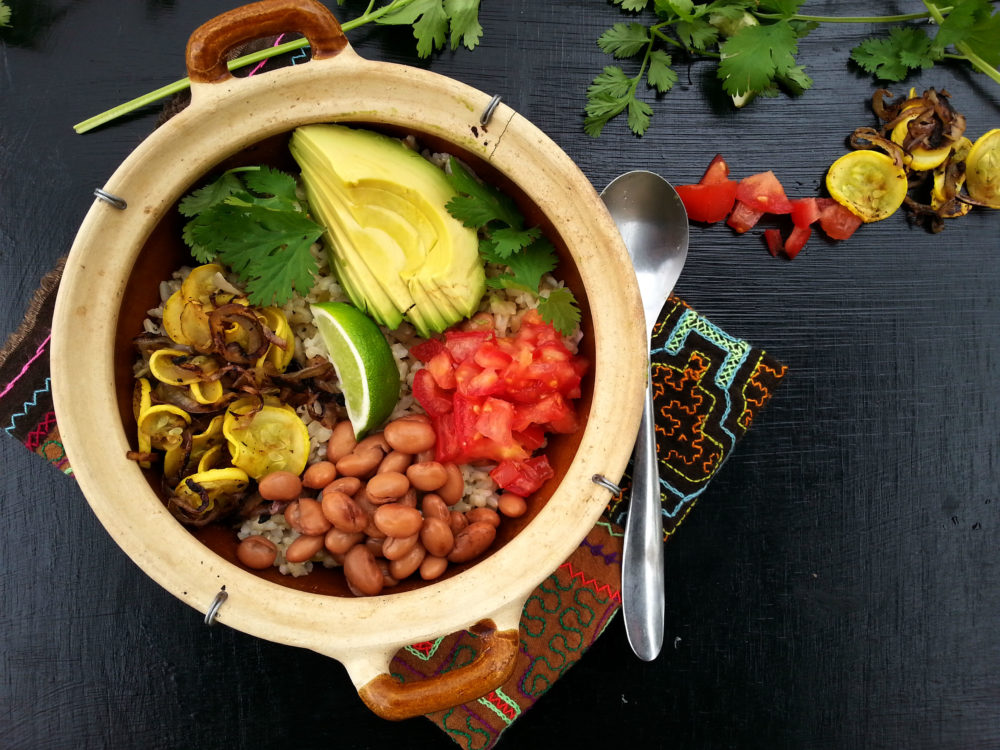 I’m not abstinent from meat because I’m a raging PETA fanatic (I’m definitely not), but because my mom and dad raised me vegetarian and it just stuck. My thought process about introducing meat into my life has always been in the same category as snorting cocaine, dropping acid and watching Star Wars.

I’ve gone this far without it, why start now?

I stopped eating dairy and eggs in 2009-ish.

In 2014 I stopped it with the vegan junk food and started eating ridiculously healthy. One of my best friends made the comment, “Oh my god, you’ve gotten worse” when I told her the healthy changes I was making to my diet. She didn’t know it could get healthier than eating vegan.

I reminded her that just because something is vegan, it doesn’t make it healthy. Vegan ice cream, vegan cake, vegan chips, vegan cookies. All vegan. All not healthy.

When I switched from eating a vegan diet to a diet consisting of whole plant foods I was actually surprised at how much better I felt.

My skin cleared up, I lost 7 pounds without doing jack, I had more energy, I was happier, and I remember having moments of pure mental clarity.

Honestly, I didn’t expect the changes to be so obvious. I did it as more of an experiment than anything else. But by day four I was hooked and I swiftly kicked myself in the ass (which isn’t as easy as it sounds) for not making the switch earlier. It was goodbye vegan junk food and hello whole plants!

To eat more like a rabbit than ever before, I simply stopped eating overly processed food, and I made it a point of not making it a big deal.

I used up what I had left of my Earth Balance spread, faux meats, vegan yogurt, vegan cheese, chips, cookies, crackers, and anything else that came in a package and had an ingredient label. When those foods were gone, I never bought them again (for the most part). That alone was awesome because I saved a ton of money on Groceries.

So the majority of my grocery shopping took place in the bulk bin and produce sections, and I made fruits, veggies, beans and legumes, whole grains, and nuts and seeds the focus of my diet.

I did keep in a few things that have ingredient labels, like sprouted grain bread, organic corn tortillas, organic tofu and sprouted wheat tortillas.

Opening a box of Mac and Cheese or thawing out a burger (vegan or otherwise) is a no-brainer compared to relying on whole plant foods for all of your meals. That’s why I created our weekly Plant Fueled Meal Plans.

But here’s the thing. It’s worth it.

When I made the switch from convenience to nutrient dense, the sky opened up and it rained hot pink glitter. Here’s why.

I experienced the satisfaction that comes with satiation. And it was the raddest feeling ever. Being truly satisfied and actually feeling nourished after a meal was an incredible feeling.

I also stopped getting sick. Like zero cough, sniffles, flu, cold, you name it. My immune system went Terminator on any germ that even attempted to bring my ass down.

The satiation part was the thing that intrigued me the most though.

And the science behind why this happens isn’t all that complicated. When our cells don’t get the nutrients that they need, they send signals to our brain in the form of hunger.

Our body basically makes us hungry in the hopes that we’ll eat something that’s loaded with nutrients so that our cells can bathe in them. When our cells are bathed in the nutrients they need, they can do their jobs famously.

Think about it this way.

It’s totally possible for us to be so full that we have to unbutton our pants, fart really loud and take a long ass nap, without our cells ever getting what they need.

It all comes down to the nutrient density of the food we’re eating. And only when our cells get the nutrients they need will we be satiated and satisfied after a meal.

Being truly satiated, as opposed to being full was something I never experienced while eating a vegetarian diet or a regular vegan diet. It was only when I switched to eating mainly unprocessed plant foods that I experienced this.

And this satisfaction, this contentment, overflows into all other areas of your life and before you know it, before you can say “Chickpea”, you’re dancing naked in your bedroom, C+C Music Factory blaring, just WORKING IT OUT. You’re totally hooked and there’s no going back.

I create my meals around fresh fruits and veggies; I eat a shit ton of beans, some whole grains and nuts and seeds. I have one green juice or one green smoothie a day; I make eating leafy greens a priority, and I eat one big raw salad a day. I’ll eat a piece of super dark chocolate from time to time and when I go out to eat I just order the healthiest thing on the menu.

Eating a diet full of whole plant foods has rewired my brain around food – what I eat, how I feel and how I operate in the world. It’s safe to say that I will eat like this for the rest of my life. And for me, “falling off” isn’t a concern because I’m not on anything, so how can I fall off?

Today’s recipe is tasty as hell, and it will leave you more satisfied than you ever thought beans and rice could leave you. 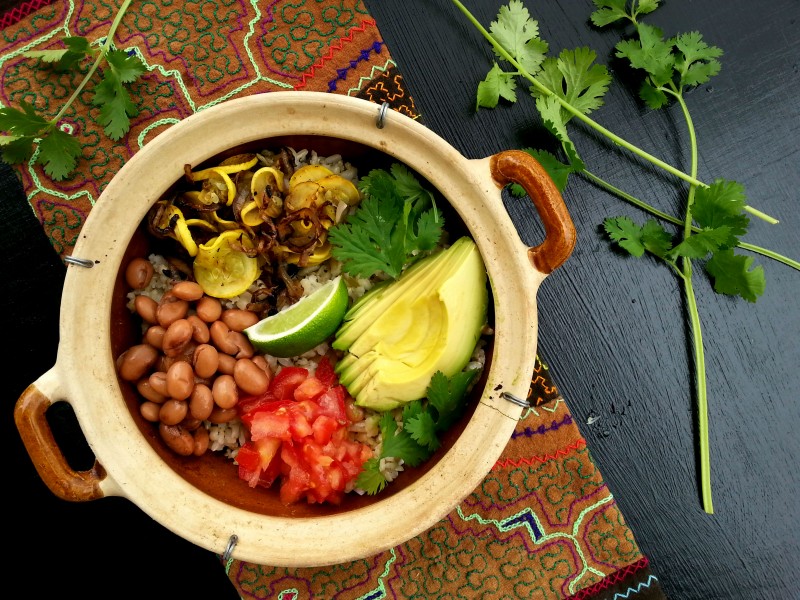 I hope that you have a wonderful week. May it be filled with sparkly things that make you happy. 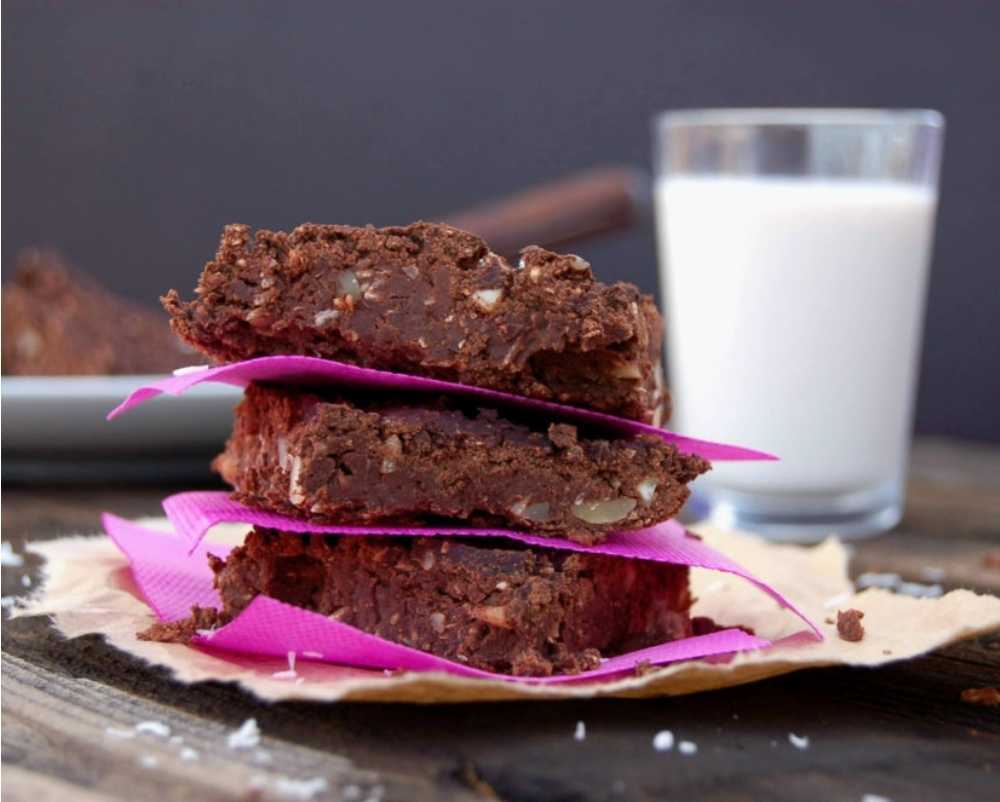 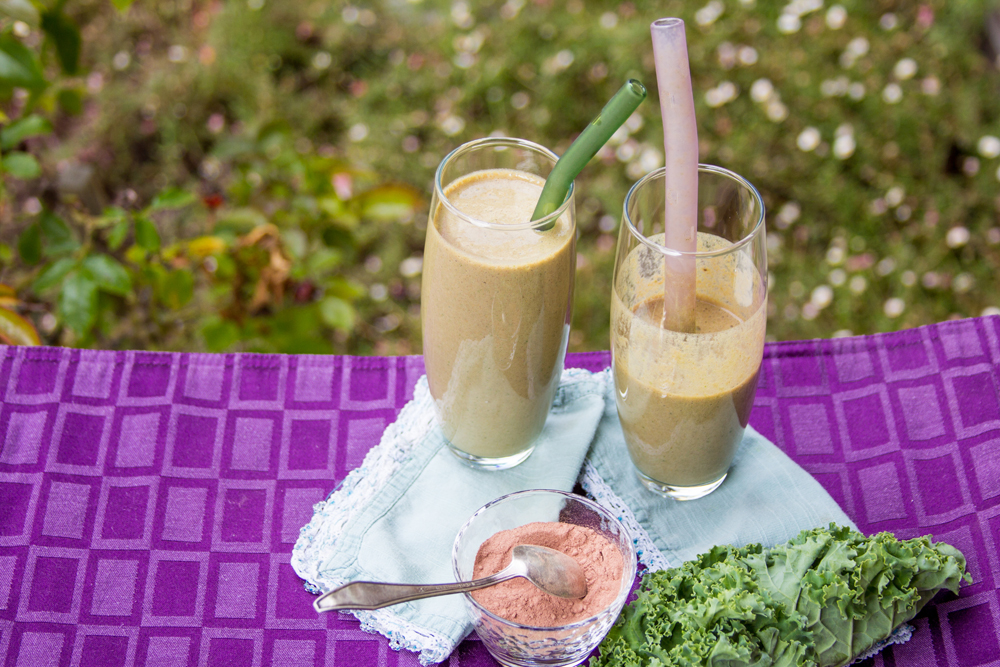 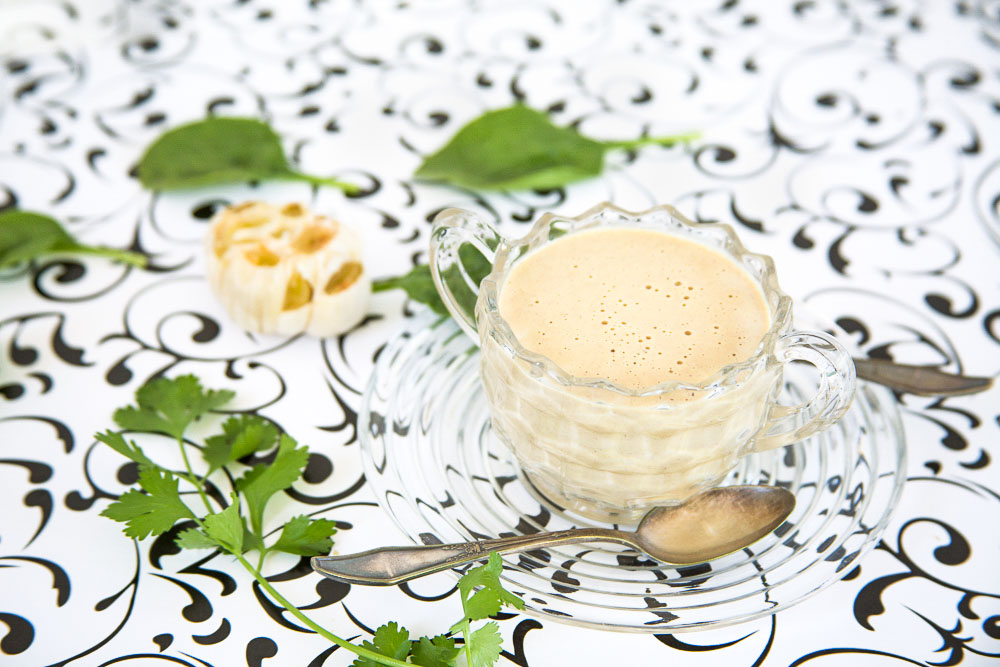