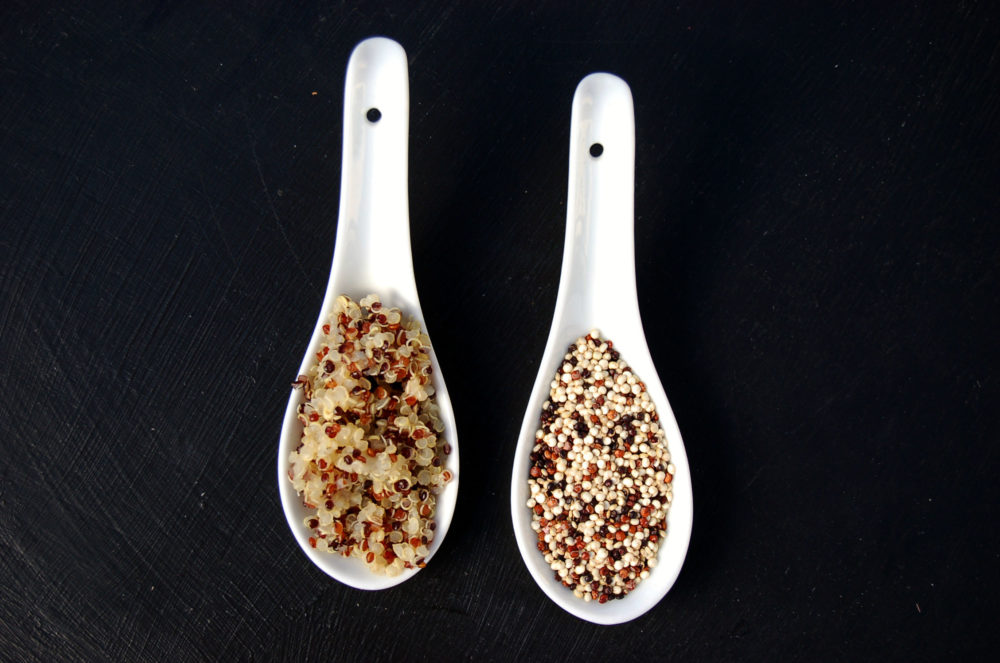 Have you ever met one of those people who you HAVE to keep looking at?

It’s not necessarily because they’re Tyra Banks hot though; it’s because their confidence is unwavering and there’s an essence about them that pulls you in just like McDonald’s Playland hypnotizes little kids. (Fucking McDonald’s).

There was a girl I knew in high school who was one of these people.

She was tall and lean and always tanned. Her hair was long and sandy blonde and it always looked just messy enough to give the impression that she didn’t give a shit, but not messy enough to look feral. She was basically the inspiration behind Free People.

She was super nice looking and the worst part was, she had no idea how pretty she was. She was also perpetually stoned and everyone wanted to be her friend.

I grew up in a really small town and there was nothing to do, so teenagers drank. That’s what we did. Sat around and listened to music, talked shit and got drunk. It wasn’t productive, it killed brain cells and drinking and driving was normal.

It’s a miracle that I made it out of that town alive and with enough oomph to do something with my life. I have friends who have been chewed up and spit out by that town.

One weekend I was at a huge house party and I walked into the crowded living room with Tupac blasting and I found miss beautiful messy hair parked in the middle of the room, noshing away on a bean burrito from Taco Bell. She was pleasantly stoned and smiling, just GNAWING away on her beans.

When she finished her first burrito she ate a second, wiping some beans from the corners of her cute mouth.

I was mesmerized by this scene for two reasons.

When I was younger, I was embarrassed to eat in front of people. I could eat around my family and my best friend, but when it came to eating at school, restaurants, parties or potlucks, I didn’t dare eat.
It was almost a phobia.

I don’t fully understand where this came from, but when I was 11 or 12 I remember thinking that I looked really ugly when I ate. I knew my best friend and my parents wouldn’t think any less of me if I looked ugly, so I reserved this crucial act for them.

When I was in high school and college, this became particularly problematic because it led to starving myself and then gorging when I was alone, feeling ugly and disgusting with each bite. It also led to lots of drinking on an empty stomach.

Ugh – I just hugged my younger self and told her again how sorry I am for being such a douche.

At the end of the day, everyone has their shit and we’re all a bunch of walking self help books.

There’s no right or wrong way to do it and everyone will do what’s best for them in their own time.

For me it wasn’t sitting on a couch and talking to a stranger or Buddhism that changed my weird issues around food.

It was learning how to love myself and showing up for my body by feeding it the best possible fuel.

Today I can confidently say that I could easily eat two bean burritos in the middle of a crowded room. They wouldn’t be from Taco Bell, but Tupac would definitely be playing in the background.

I always say that the food you eat has the power to change your entire life.

So today, I lovingly urge you to start incorporating more unprocessed whole plant foods into your life and less of the other stuff. Let’s see what beautiful unexpected changes it will bring to your life.

You can start by eating more quinoa (pronounced Keen-Wah. Not to be confused with Kanye). It’s easy, fast, satisfying and healthy (everything you could ever want in a prostitute, but I digress).

Some people recommend rinsing quinoa before cooking it because it has a natural coating over it that can taste bitter. However, most commercially available quinoa has already been rinsed by the time it reaches the grocery store. I never rinse mine unless it’s not organic and it never tastes bitter.

There are tons of things you can do with quinoa once it’s cooked. I like to make a batch on Sunday and eat it throughout the week. Here are the five things I do most often with it and how to perfectly cook your next batch.

1: Eat it as breakfast cereal.
This is stupid easy. Place some cold quinoa in a bowl, add some berries, nuts and cinnamon, pour on some non-dairy milk and a little maple syrup and dig in. This seriously keeps me full for at least 3 hours. If you like warm cereal, just warm up the quinoa first and then add it to the bowl.

2: Add it to green salads
This is the perfect way to add a little extra protein to your rabbit food. Just sprinkle some on top and you’re good to go.

3: Stir Fry it with veggies
Think of fried rice but with quinoa instead of rice. Saute some onions, peppers and mushrooms and throw the quinoa in at the end. Add whatever seasonings you like, top with some avocado and call it lunch.

4: Add it to soup
Because quinoa tastes neutral, it goes well in pretty much any soup, stew or chili you whip up.
Just add some cold quinoa to your bowl and pour hot soup over it. This helps cool down the soup so the temperature is just nice.

5: Swap pasta for quinoa
If you’re in a quinoa rut and bored with it, take your favorite pasta recipe and use quinoa instead of the pasta. This replaces the processed pasta for an unprocessed plant food. But if being in a “Quinoa Rut” is the worst part of your day, I want your life for like 3 hours. 😉

Before you go to explore the new age world of quinoa (dream catchers aren’t required, but they help), you need to know how to make the shit.

Here’s how to cook perfectly cooked quinoa every time. 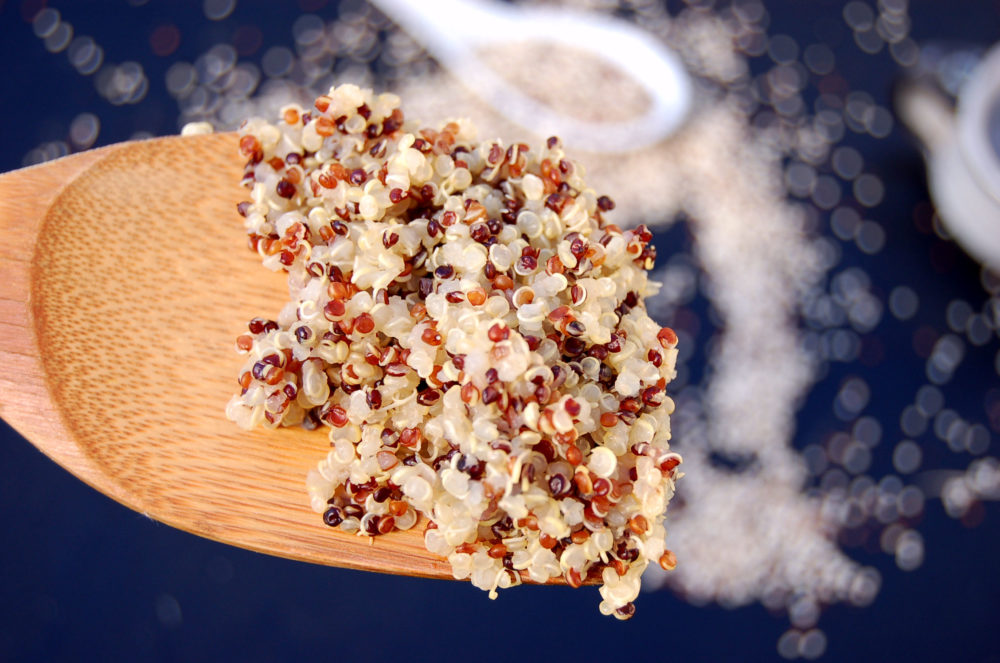 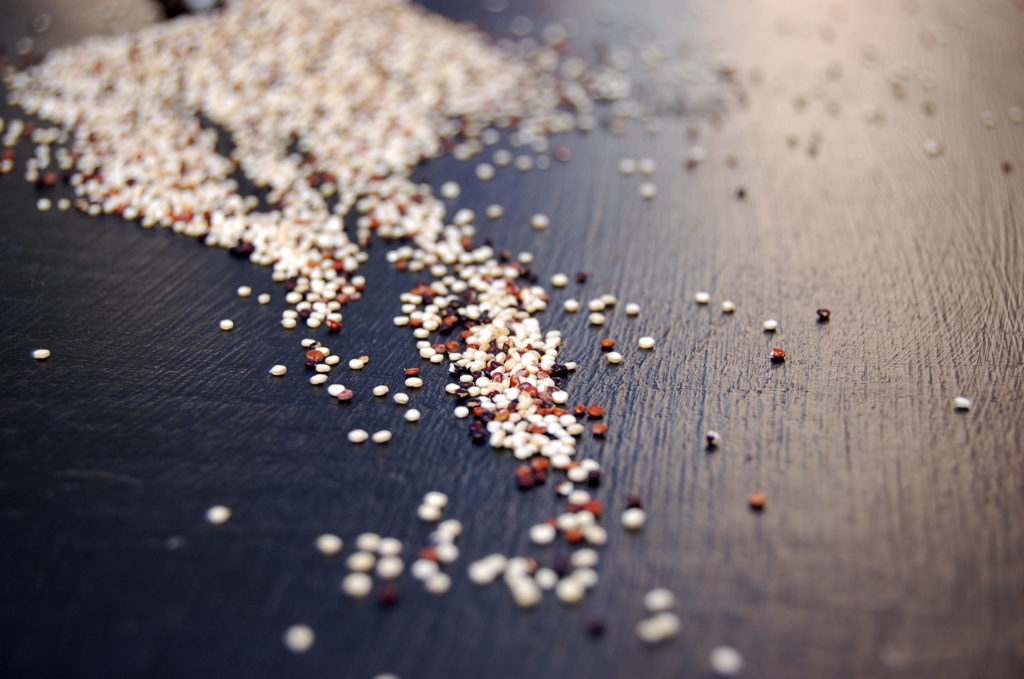 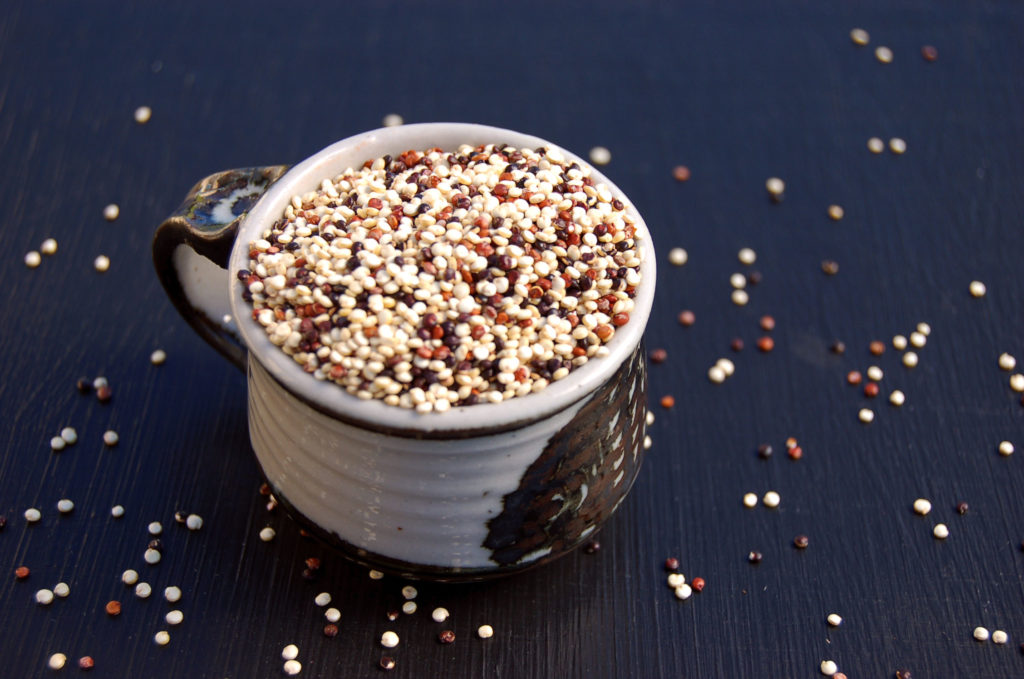 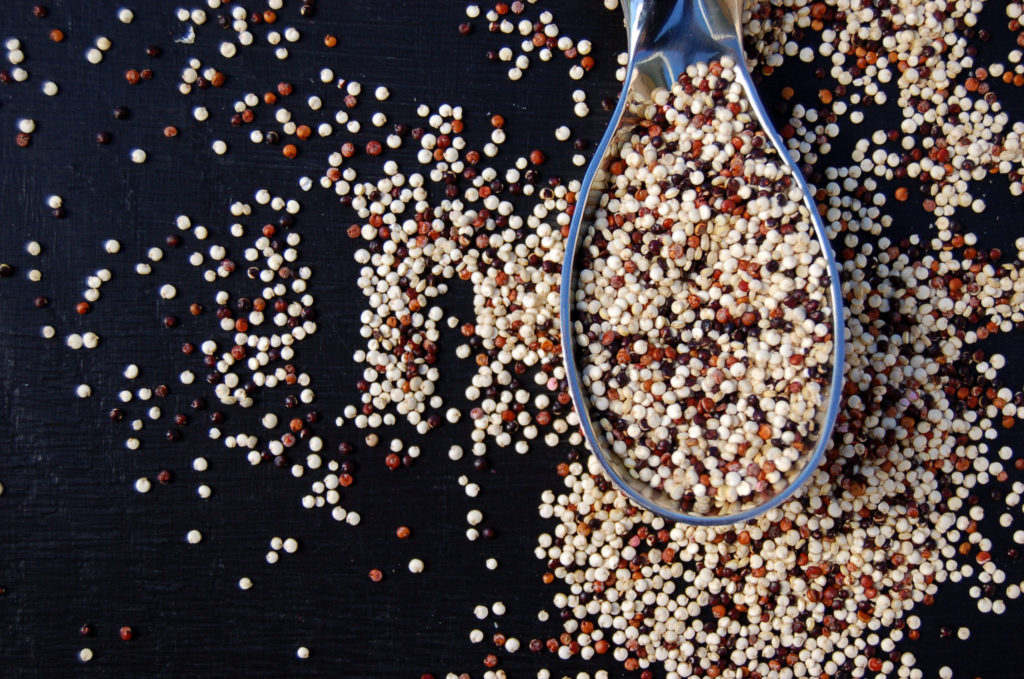 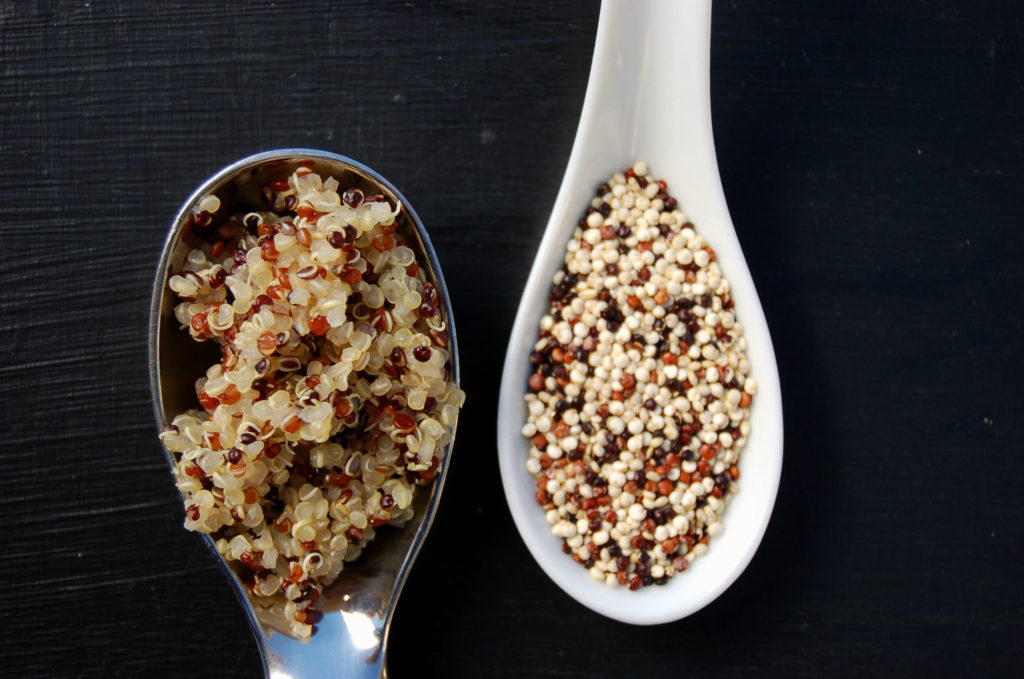 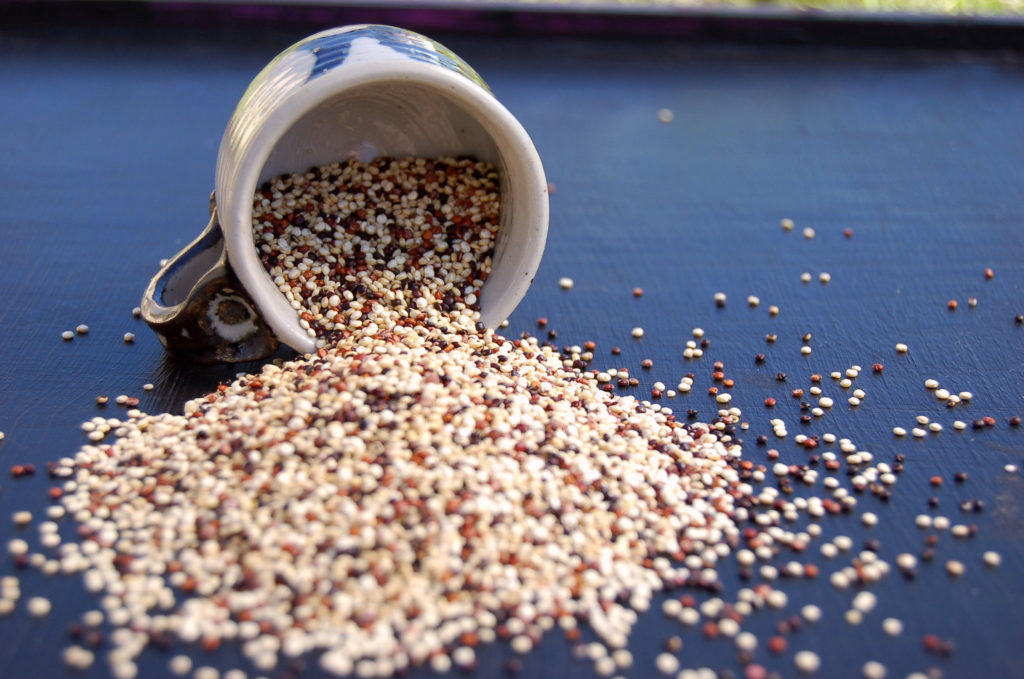 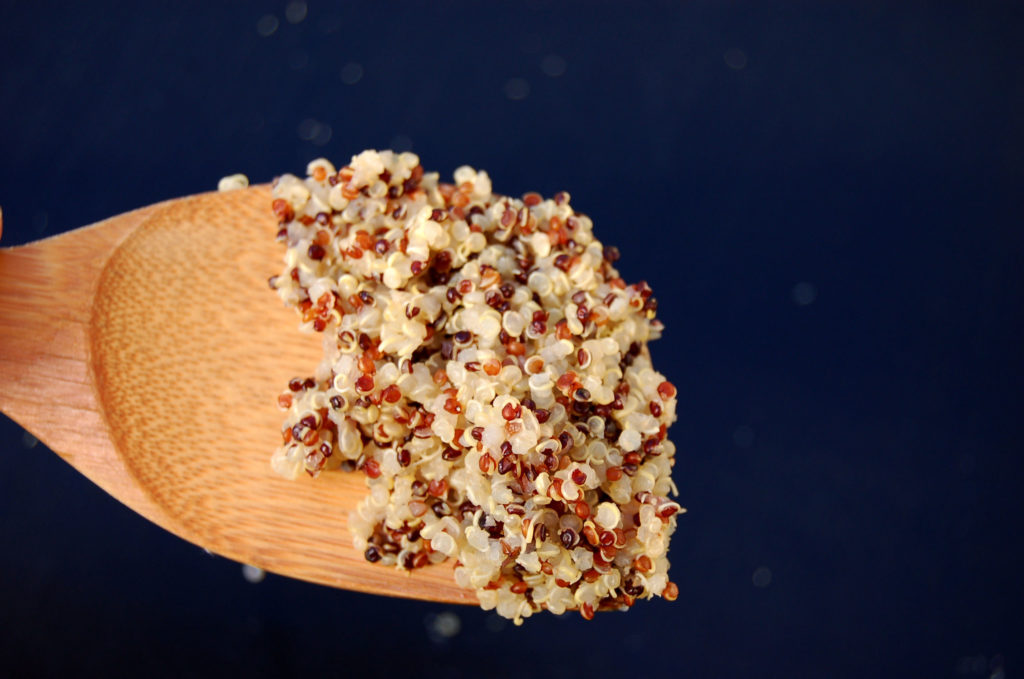 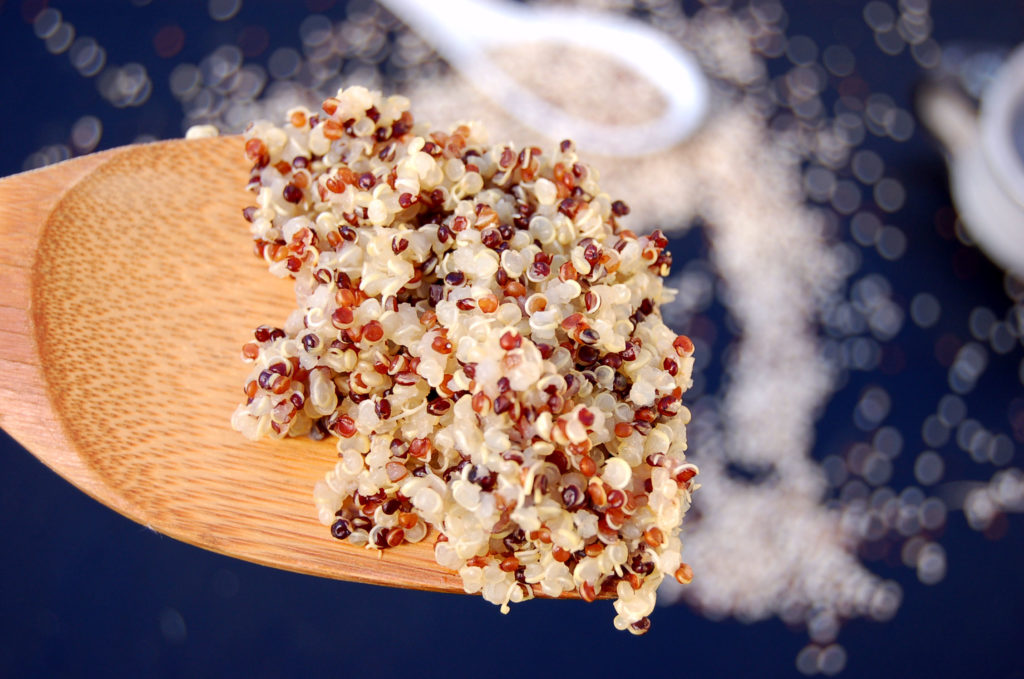 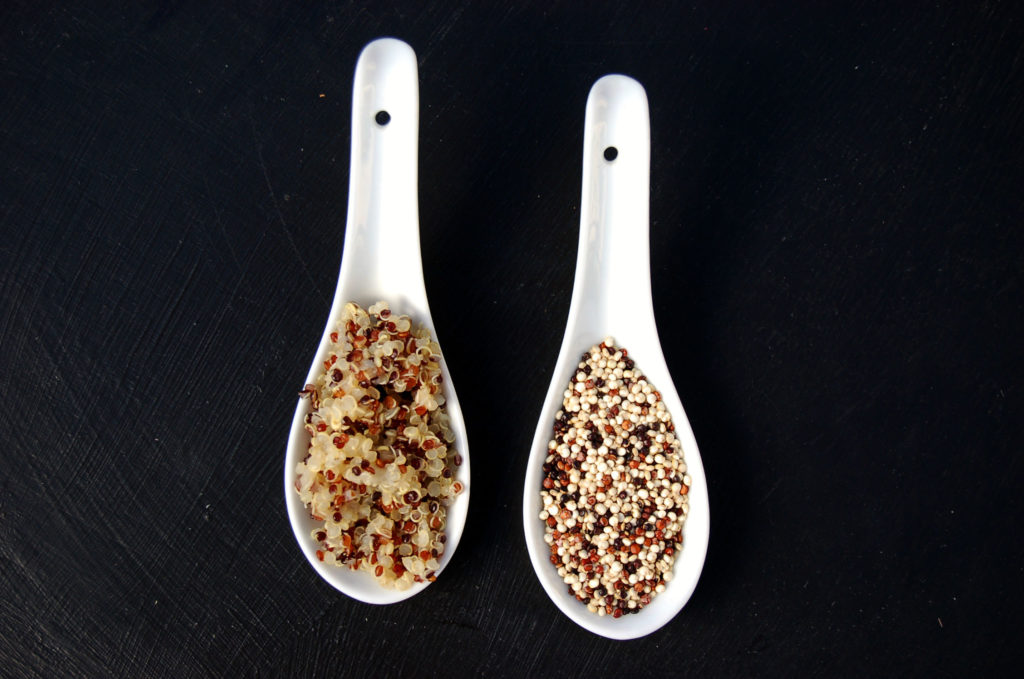 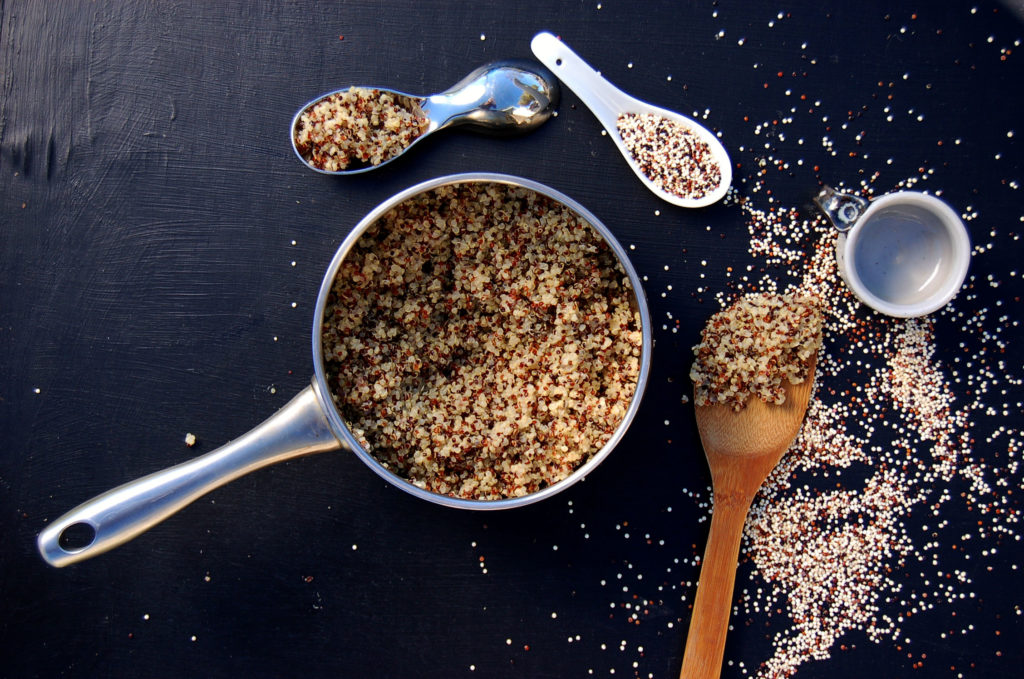 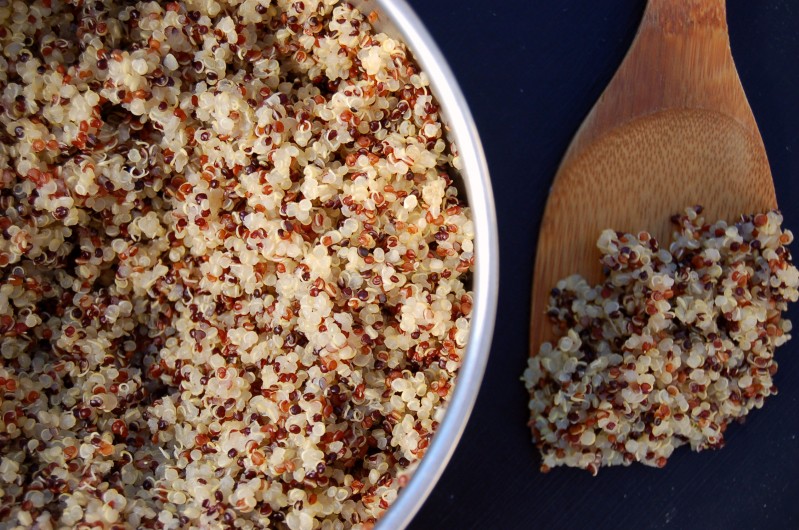 I hope you have a wonderful week. May you shine love, peace and forgiveness on the parts of yourself that are painful to think about. 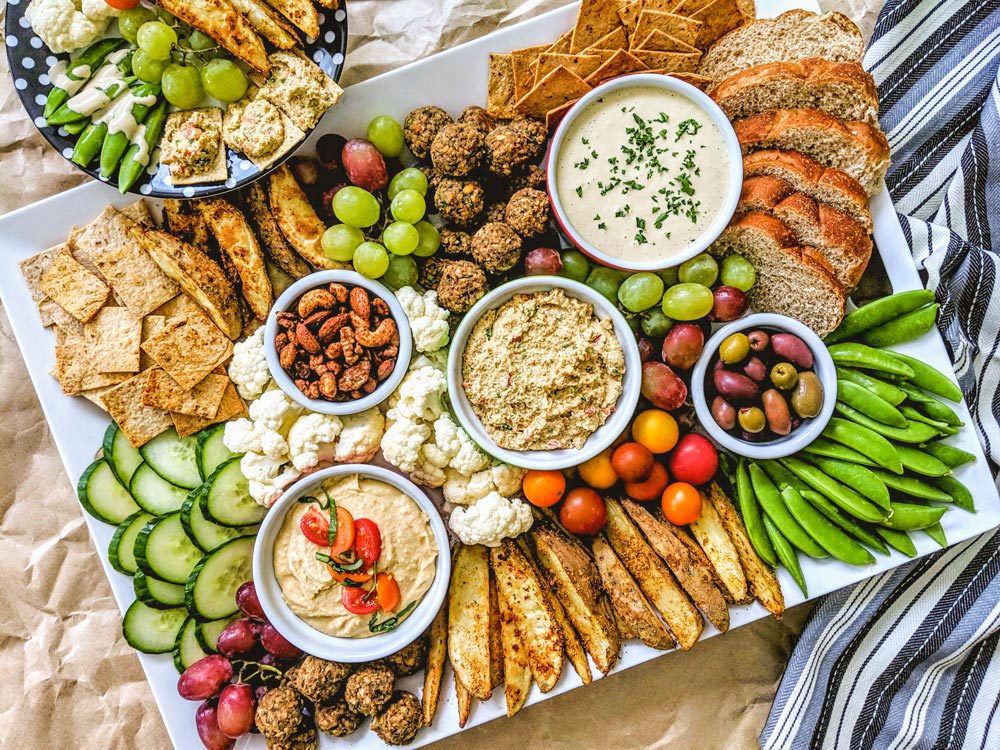 Plant Based Charcuterie Board Inspiration 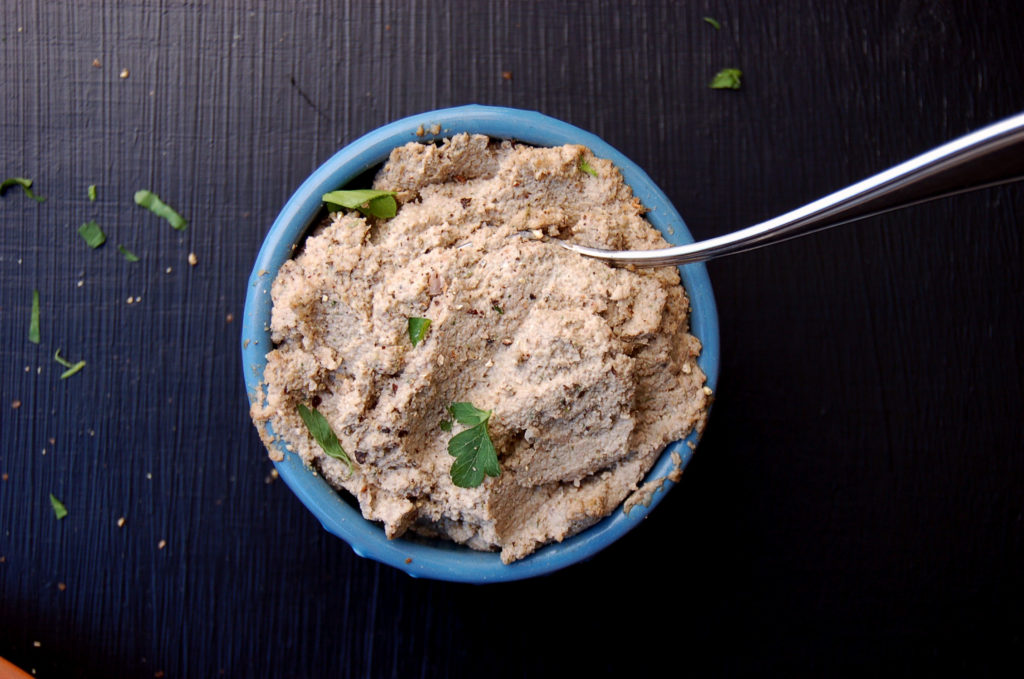 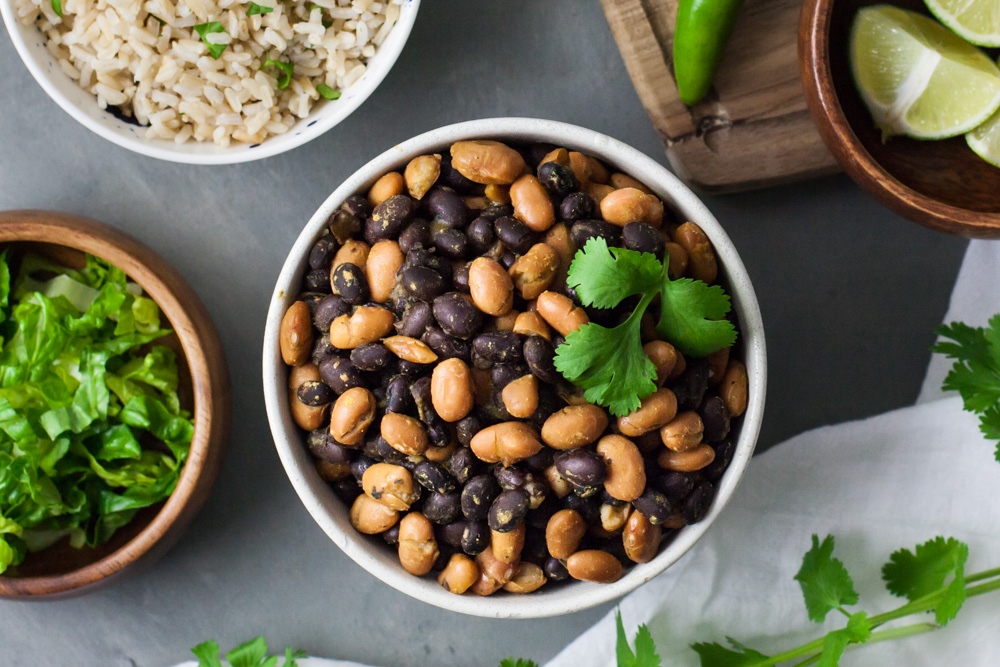