I had a crap week last week.

I’ll save the details for future Saturday fuckery, but it involved somewhat of a breakdown followed by an important epiphany. Which, if you allow breakdowns to happen, epiphanies aren’t usually far behind.

It’s like drinking a bottle of wine on an empty stomach. A hangover is guaranteed.

Details aside, my breakdown happened because I wasn’t taking the time or making the choices to keep my foundation solid.

And when our foundation is wobbly, we have the tendency to overreact, blow unnecessary things out of proportion, become filled with fear, question our entire life, act like a cranky dick, have a hard time staying focused and ignore the things that will ultimately make us feel better.

On the other hand, when our foundation is rock solid, we go through life being held up, supported, self actualized, inspired, entertained, balanced, happy and capable of handling ourselves like a champ when the shit hits the fan.

And the shit will hit the fan at some point. That’s life.

Building and maintaining a solid foundation is simple in theory.

As much as we’re able, we have to take the time to nurture ourselves and to avoid things that bring us emotional and/or physical pain (either immediate or eventual).

Here are a few examples of what building and maintaining a solid foundation might look like for you:

This is fun and I could go on, but you get the point.

Now I want to bring it home and tie it all together with something that I call the Healthy Eating Threshold.

Okay – do you have Ken pictured in your mind, just hanging out slicing an apple with his pocketknife and smiling as he pops each slice into his hippie mouth?

Let’s go back to Ken. It would be hard for Ken to eat healthier than he already does, and a crappy eating day for him only means that he forgot to drink his wheatgrass shot because he accidentally meditated too long.

For Julie it’s a different story. Julie has lots of room for improvement. If she even swapped out one of her McDonald’s burgers for a veggie burger just a few times a week it would be a great start. And a crappy eating day for Julie might mean she skipped breakfast, ate a Snickers bar for lunch and had cheese fries for dinner.

Each and every single one of us has a Healthy Eating Threshold, and they are as unique as our morning bathroom routine or how we choose to groom our pubic hair (or not, especially if you’re Ken’s woman).

So when I hear people spouting attitude about faux meat, it drives me batty.

Whether it’s from the school of thought that faux meat is too much like the real thing and the whole reason for going vegan is to stop eating meat and anything reminiscent of meat.

Or campers who see faux meat as being a poor substitution for “real food”.

Faux meats aren’t good and they aren’t bad. They play an important role in people’s lives who happen to have a lower healthy eating threshold.

For Julie, who’s just been told by her doctor that she needs to get her cholesterol and blood pressure down and to watch out for diabetes…a meaty, teeth sinking, satisfying vegan burger is a godsend.

For Ken, he doesn’t need it. Good for him.

But for the love, we’re not all Kens. If people find comfort in faux meats to help them eat less regular meat, then it’s an awesome day in my book. And as your Healthy Eating Threshold gets higher, the less necessary faux meats will be because your diet will become more nutrient dense and less dependent on comforting and familiar alternatives to meat.

And once we’re running on an abundance of nutrients, amazing things start to happen and our foundation starts to feel super fucking solid.

And there’s absolutely no shame in eating a vegan turkey on rye in the effort to get there. We all learned to crawl before we got our ass up on two legs and booked it.

Start working on your foundation right this minute by making this nutrient-rich soup. And if you want to eat it with a side of vegan chicken fingers, then go on with your bad self! 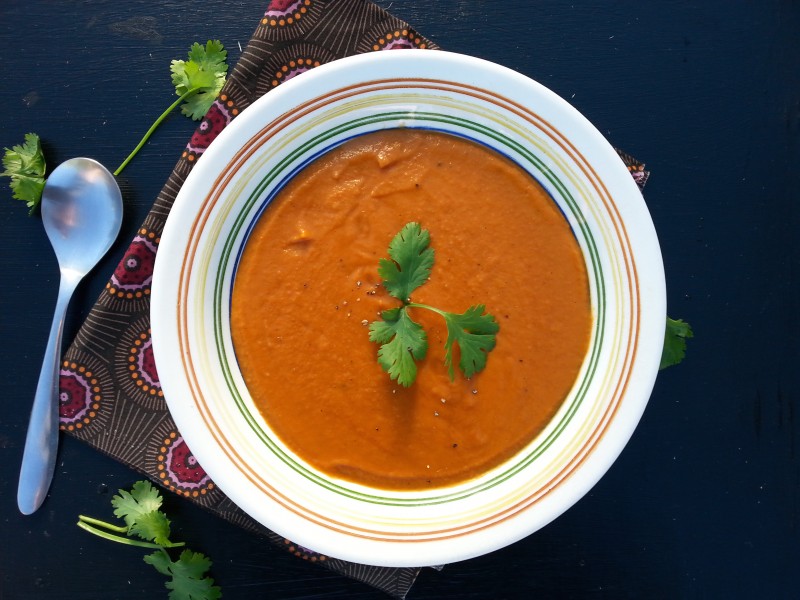 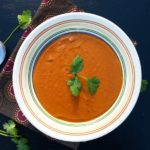 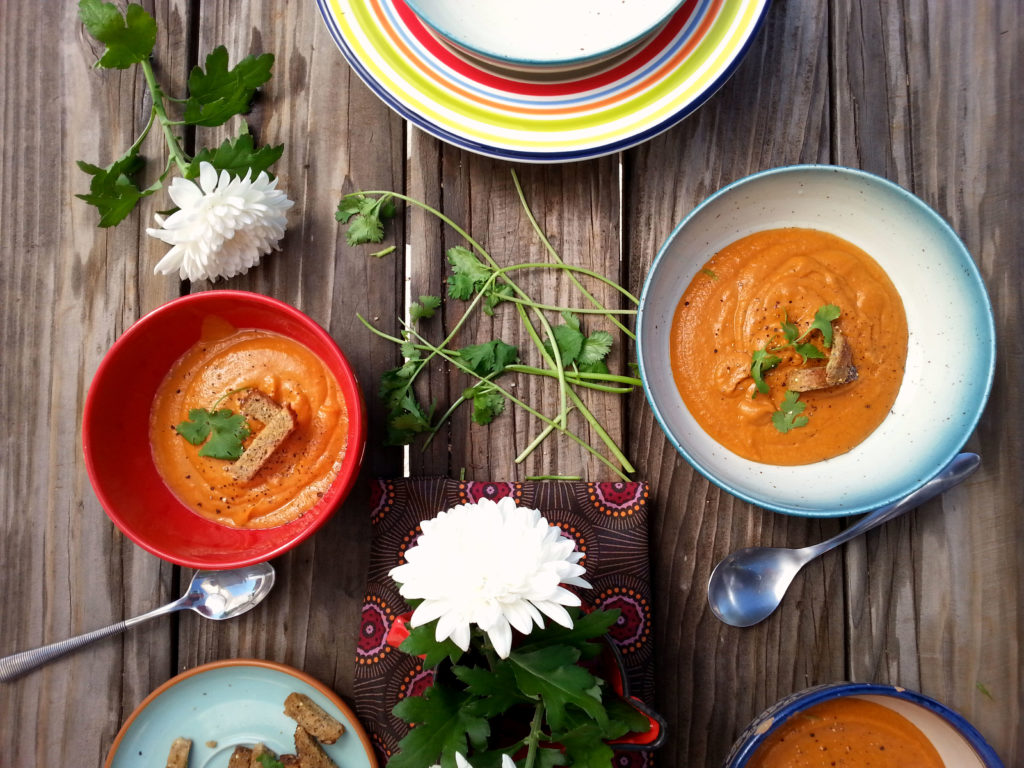 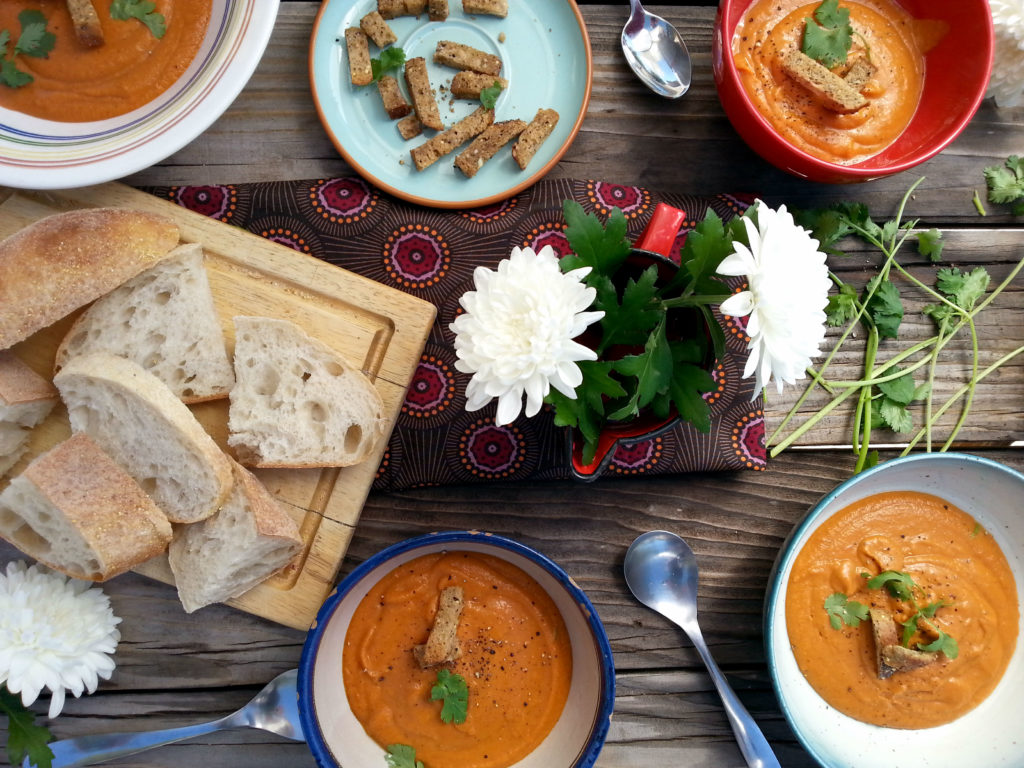 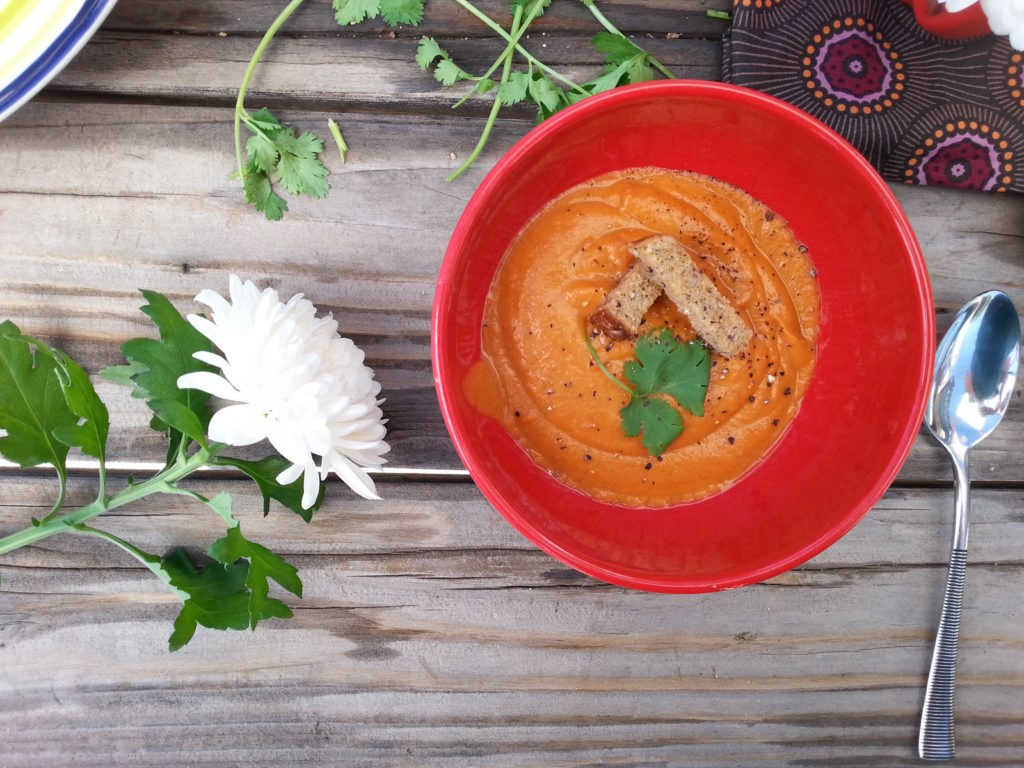 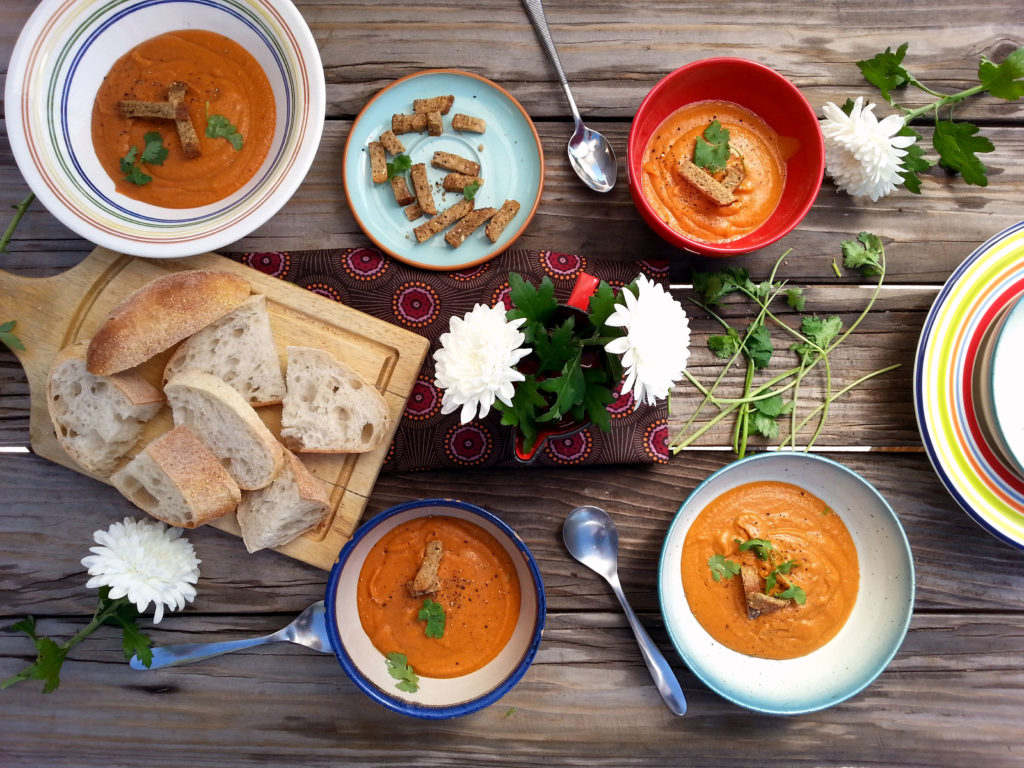 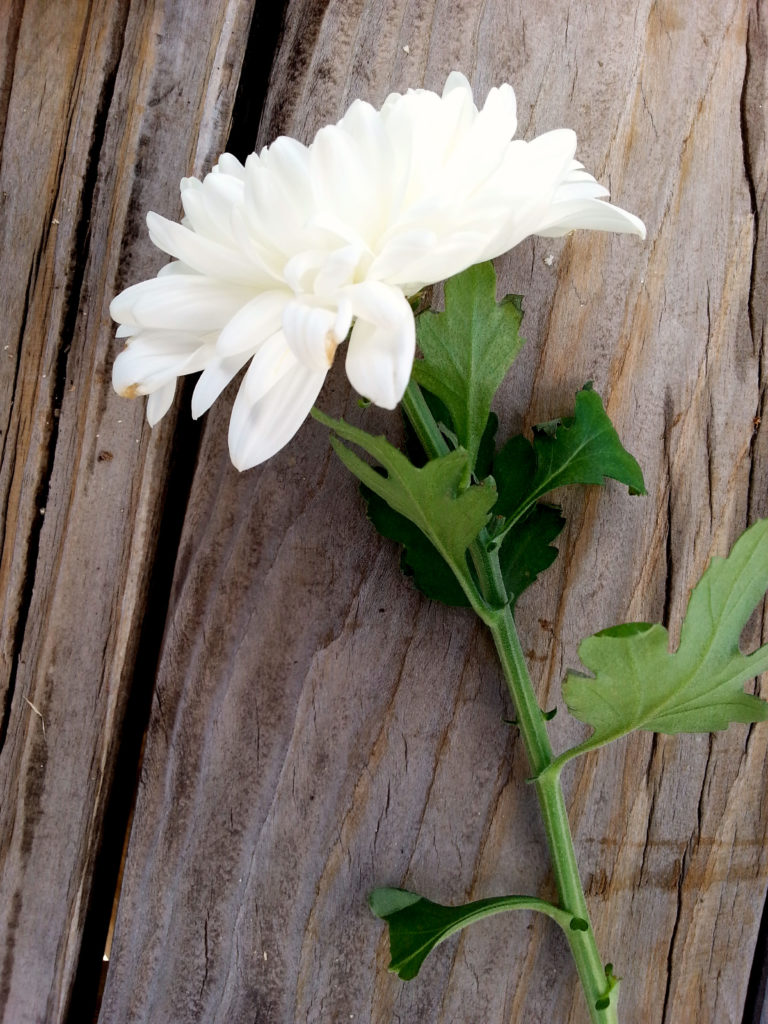 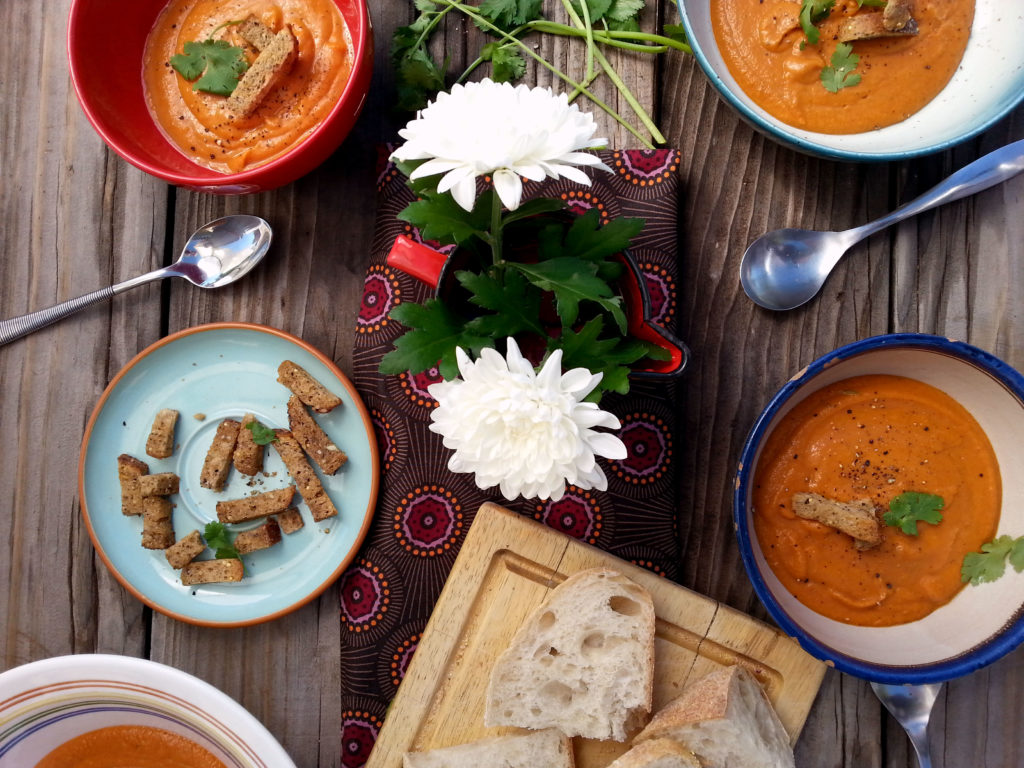 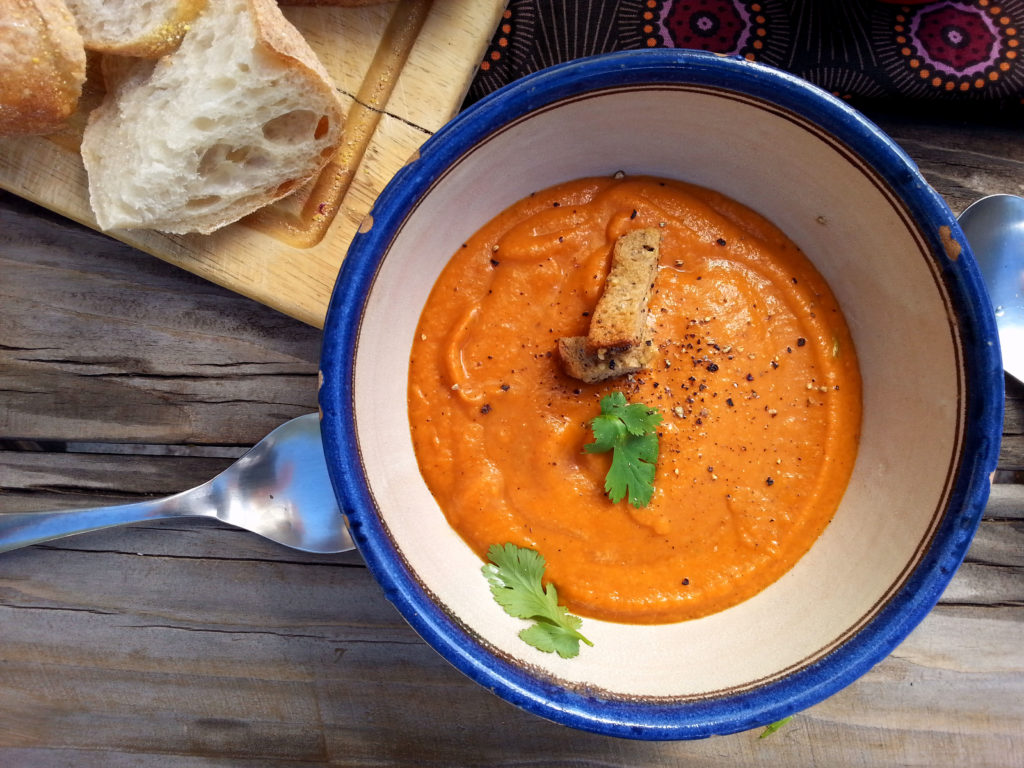 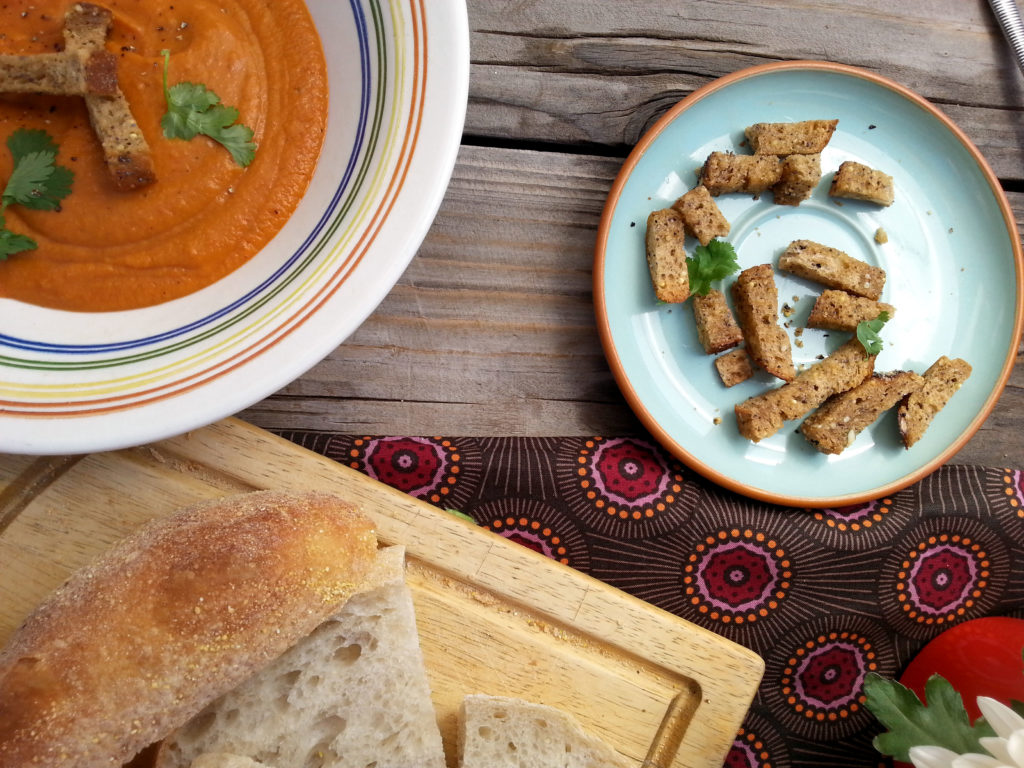 I hope you have an endearing week. May it be filled with compassion, grace and taking zero bullshit. 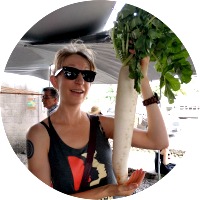 If you’re digging my jam, sign up here for my Saturday emails and free Whole Food Plant Based recipe ebook. BAM!