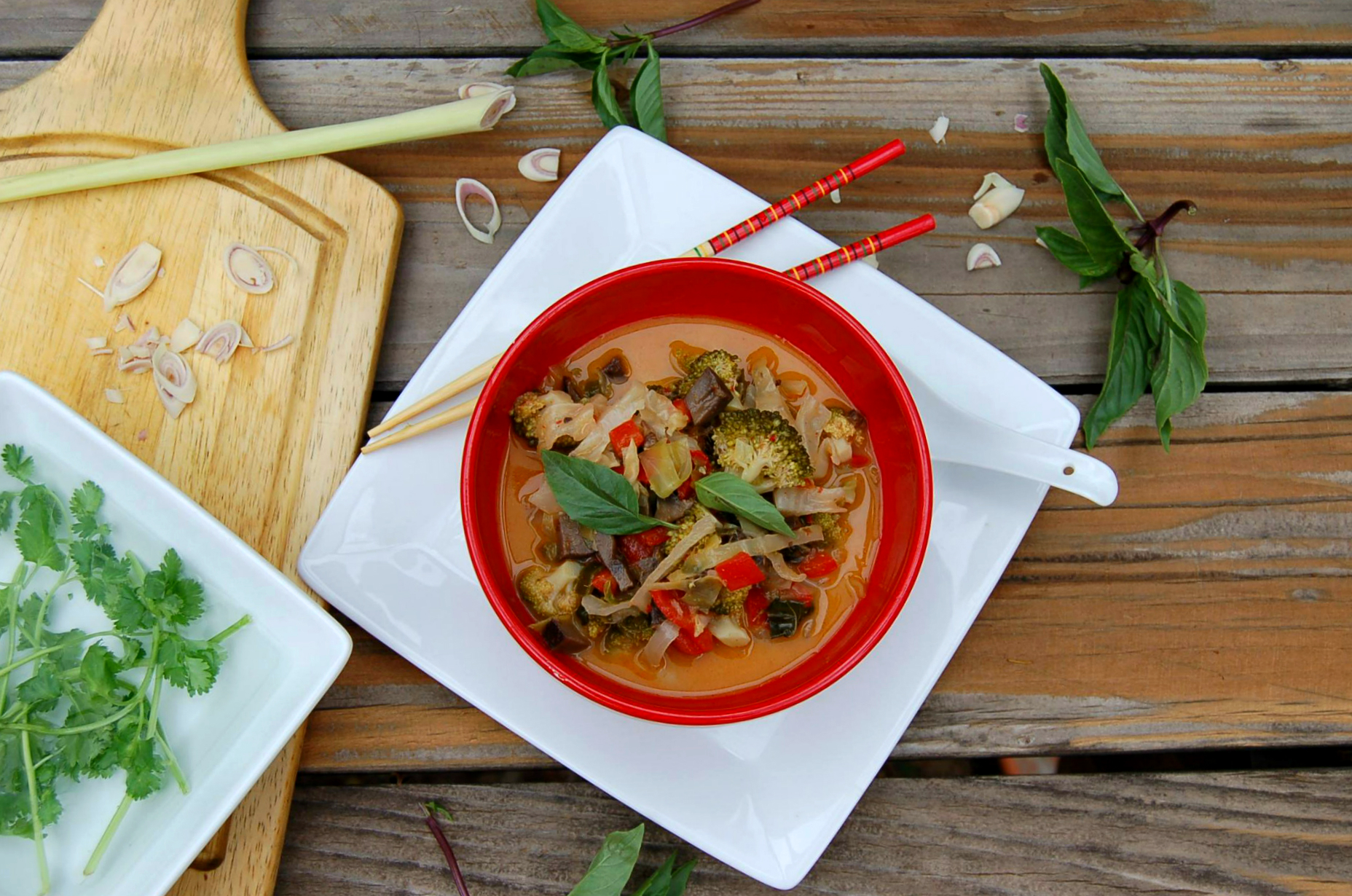 Last week I got all Berkeley on you and talked about the more obviously bad for you foods.

Today I want to take it a step further and talk to you about something that could potentially come off as even more Berkeley-esque.

Healthy foods that aren’s so healthy after all. The foods that are obviously better for you than soda and lunch meats but aren’t as stellar as perhaps they’re made out to be.

I’ll also give you ideas for what to swap them out with.

But before I go any further, I have to make one thing crystal clear to you.

I don’t for one second expect anyone to be a food saint and I want you to know that I am admittedly no saint myself.

Here are a few examples from this past week:

So believe me when I tell you that I’m no saint. Seriously.

My man crush is Anthony Bourdain and while I eat like a goddamn rabbit most of the time (just sitting there, going at that bird food), I have my days / weeks / moments when it all goes to hell in a hand basket and I find myself stuffing potato chips in my mouth with no intention of going to the gym later to burn them off.

It happens. And it happens to pretty much everyone.

So before I go on, I want you to know that all of the stuff I’m about to tell you is fantastic information to put into action, but I fully understand and appreciate the fact that it’s not always practical, realistic or where you’re at right now.

As always, take it in, add it to your arsenal and use it when you’re ready.

Now that it’s prefaced, let’s take a look at some items that may be touted as being healthy, but actually have much healthier and cleaner alternatives.

Most brands are loaded with sugar and all brands are processed. Even the “healthier” ones.

Sometimes a bowl of cereal is comforting and necessary (as in my case last Wednesday).

But if you eat boxed breakfast cereal every morning (or night as it were), then trying something like this comprising whole foods is a great way to branch out and try something much less processed.

Most salad dressings seem innocent but if you take a closer look, the majority of them are packed full of oil, sugar and have a plethora of ingredients that don’t even sound like food.

Here’s a general rule of thumb. If it can sit on the shelf for years and years and not go bad, it should probably be skipped. Especially when healthy yummy salad dressing is so easy and yummy to make.

“Whole grain” sounds healthy, right? Food manufacturers know this and they use it to fuck with us. Don’t be fooled by “whole grain” on food labels. It’s rubbish.

Most “whole grain” and “whole wheat” breads and tortillas are made with refined flour so you don’t actually get any of the nutrients from the grains. The nutrients have been processed out from the grain long before that juicy sandwich of yours was even a thought.

Next time you buy bread and tortillas, read the ingredient label. If you can spot “refined”, “bleached”, or “unbleached enriched wheat flour” you know that it’s processed to hell.

They might “technically” be processed, but they’re way less processed than “multi grain”, “whole grain” or “whole wheat” breads and tortillas because you still get the nutrients from the grains. They’re also easier to digest and they won’t make you bloated.

Here’s a heads up if you have a true gluten intolerance.

Sprouted grain bread is not gluten free and it’s actually worse than Wonder Bread for people who are truly gluten intolerant. Wonder Bread is so processed that the wheat is practically non-existent, making people who are sensitive to wheat not have much of a reaction (unless you have celiac disease, in which case even Wonder bread can be deadly).

Sprouted bread has all the nutrients from the grain because it is still in it’s natural state (meaning the nutrients have not been extracted out), so if you don’t have a gluten sensitivity, sprouted breads and tortillas are a great choice.

Popcorn is a fine snack, as long as the kernels are organic and you air pop it yourself.

Sprinkle a little nutritional yeast over it and and it’s the perfect movie night companion.

Avoid the pre-popped and pre-seasoned popcorn though because it’s often high in sodium and artificial ingredients.

I’m nearing the realm of over dramatic with this one, but hear me out.

Most packaged non-dairy milks have lots of ingredients in them and are high in sugar.

Would I rather you drink these than cows milk? Absolutely. Cows milk is nasty stuff that only does damage to your beautiful bod.

The healthiest thing to do is to make your own nut or soy milk. If you’ve never had fresh almond milk then you’re in for a treat. It’s flippin’ delish.

If you don’t have time to make your own nut or soy milk, I feel you. WestSoy and Trader Joe’s makes an unsweetened soy milk that only has two ingredients: organic soybeans and filtered water. Choose one of those if you buy packaged non-dairy milk.

I’ll be diving into this topic next week so I won’t cover it in detail here, but if you follow a Whole Food Plant Based diet, than all oils are off limits.

Oil is a highly processed food and has 120 calories per tablespoon. Take olive oil. There are lots of health benefits in whole olives but by the time they’re processed into oil, nearly all of the benefits are lost and you’re left with an extremely processed food that’s very high in fat.

More on this next week.

We live in a time when it’s easier than ever to follow a vegan diet and for that, I am stoked.

When I was 10 years old, asking McDonalds to please add a veggie burger to their menu was like announcing that I was an actual alien.

But I kept asking anyway because I refused to eat meat and all my friends liked to go to McDonalds. McYuckies never took my request seriously, but it’s a different story today.

Today there are vegan options everywhere. Not only at restaurants but also at most grocery stores.

For people who are just starting out and experimenting with eating healthier, I think that these foods are great to incorporate in the beginning. Especially if you eat these foods along side copious amounts of fresh veggies.

After the initial transition of eating less meat and dairy, it’s my school of thought that these vegan versions of familiar foods should be little by little phased out and replaced with whole plant foods.

Whole plant foods are nutrient dense whereas vegan comfort foods don’t offer much in the way of nutrients.

They’re void of all the crap that’s in meat and dairy, so it’s not a total wash, but let’s not get it twisted – vegan ice cream, vegan cheese, vegan nuggets and vegan hot dogs have never been nutrient dense or healthy.

If you or someone you know has been eating packaged vegan comfort foods for a while, send ’em here for lots of vegan recipes that meat and dairy lovers love.

As you can see, there’s a lot to think about when navigating restaurants and grocery stores.

I was hesitant to even write this post because I don’t want you to get overwhelmed or go into analysis paralysis and say “fuck healthy eating – it’s too complicated!”.

If you get overwhelmed, just keep these four rules of thumb in mind…

1) If the ingredient label lists ingredients that you can’t pronounce or that sound more like science components than food, don’t even think, just put it down and keep moving.

2) If there is absolutely zero kitchen prep involved, it should be avoided. Part of eating healthy is getting to know your kitchen.

3) If you’re questioning whether or not a product is too processed to be healthy, think about the ingredients that make up that food in their natural state. Are they even recognizable in that product? If not, there’s a better choice to be made.

For example, take a Builder’s energy bar by Cliff Bar. The first ingredient is Soy Protein Isolate. Is there a soybean in sight of a builder’s bar?

And my very important last rule of thumb is this:

4) If you eat something that you know is crappy but you do it anyway, don’t beat yourself up over it, just try again.

Are you starting to understand this clean eating thing, but you’re still not sure exactly how to maneuver it?

Hop over here to my weekly Plant Fueled Meal Plans and I’ll be happy to guide you 80’s style and take the training wheels off with you. 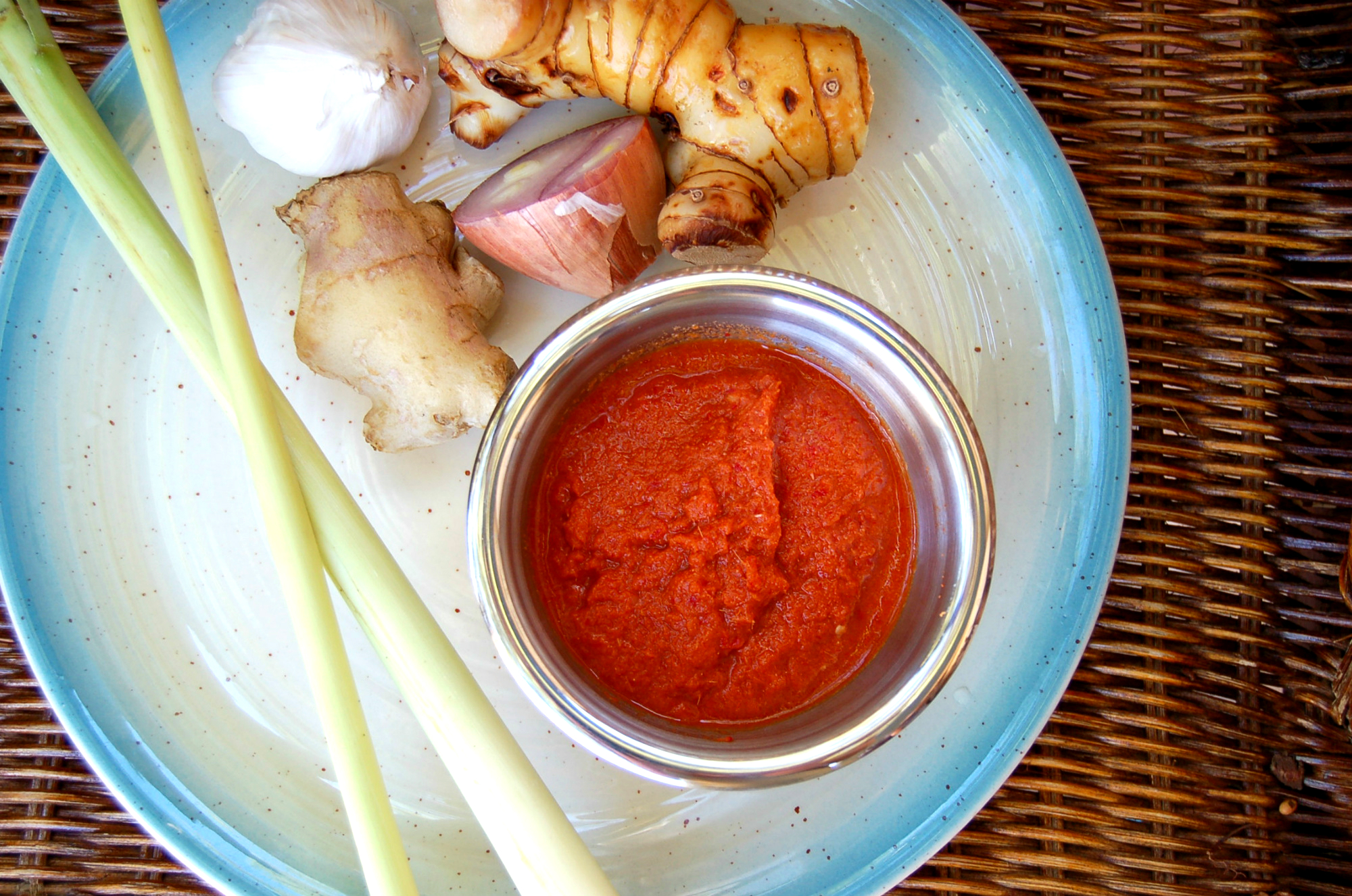 I hope that you have a magical day filled with sweet smiles, gentle understanding, stubborn patience and a whole lot of grace. 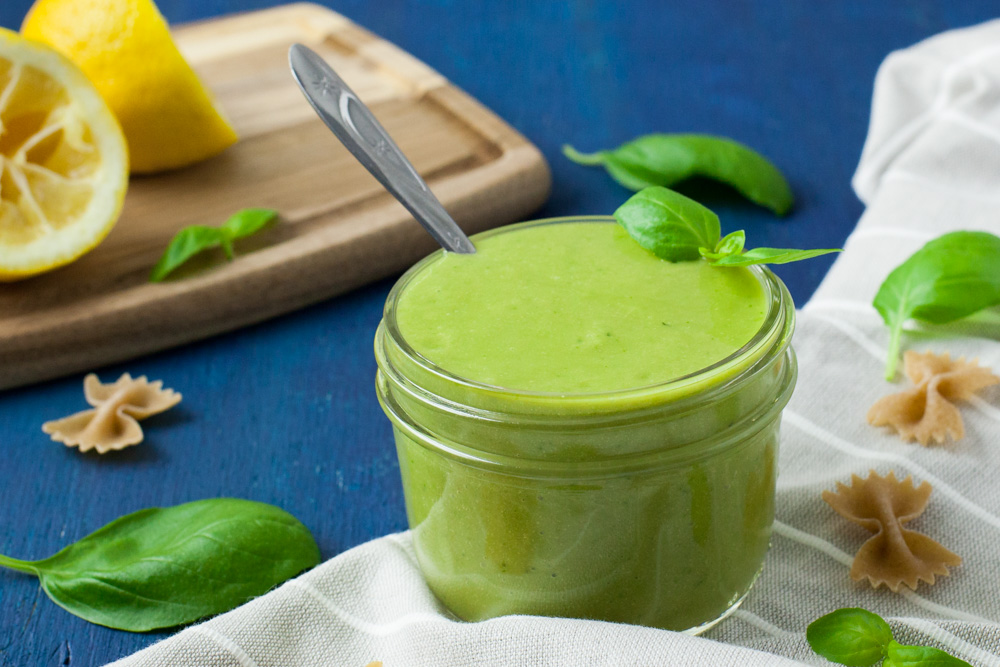 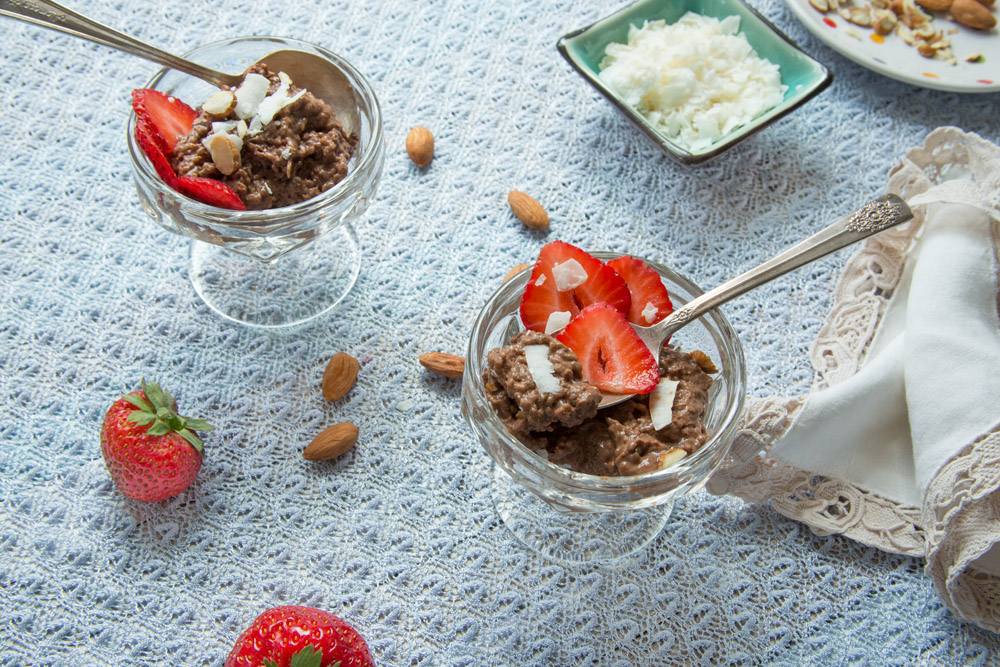 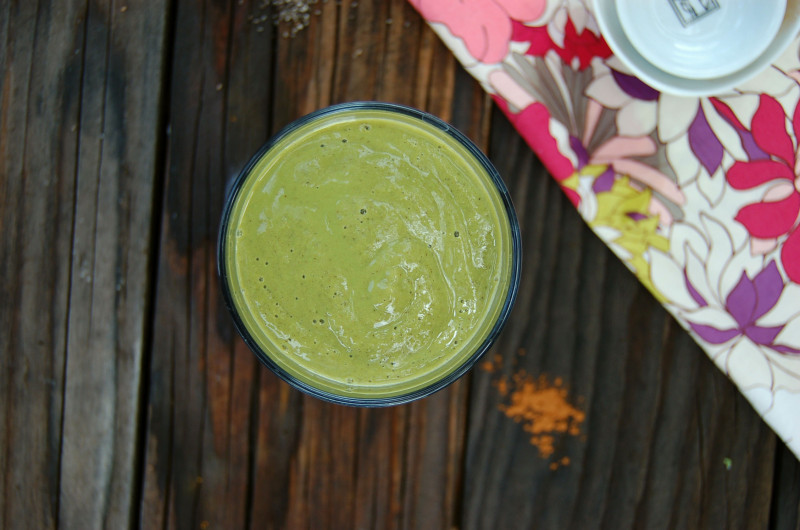 Healthcare in the US: I Managed To Get A Doctor To Spill The Beans + Green Smoothie with a Secret Ingredient