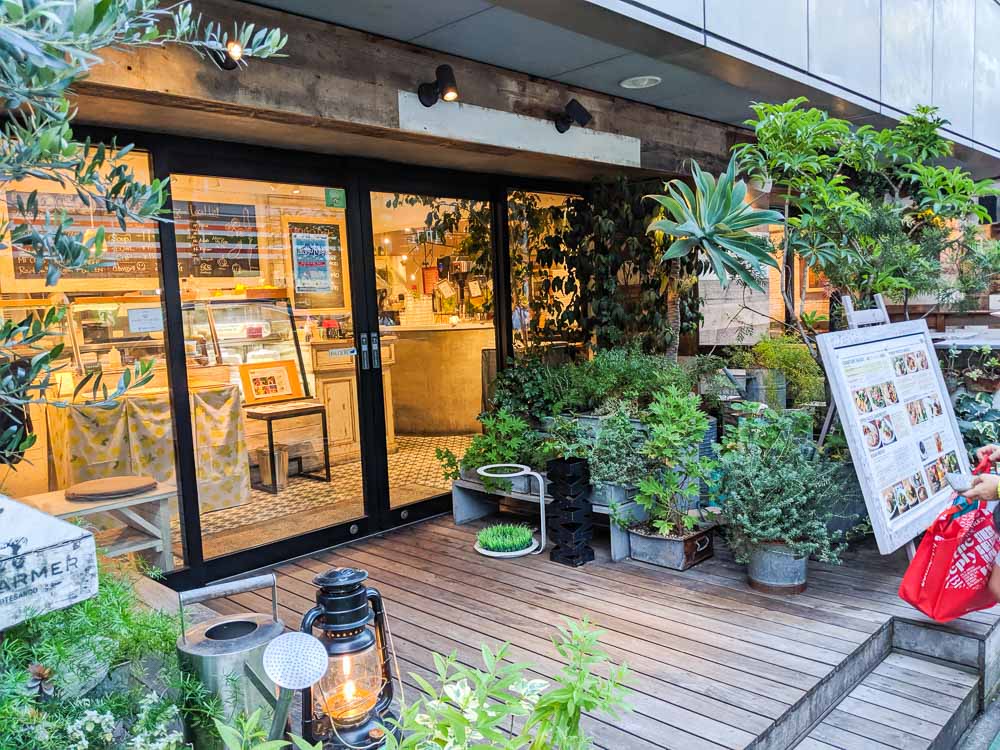 One evening when we were walking around, we stumbled upon this restaurant called Mr. Farmer. It had green juice and vegan options so we went for it! 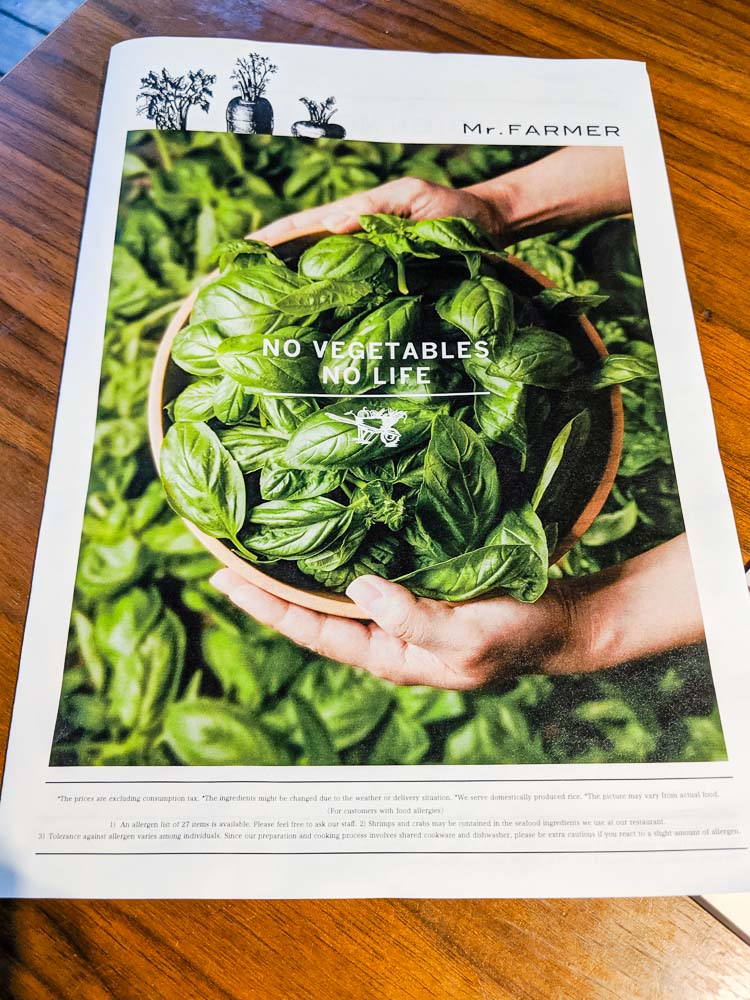 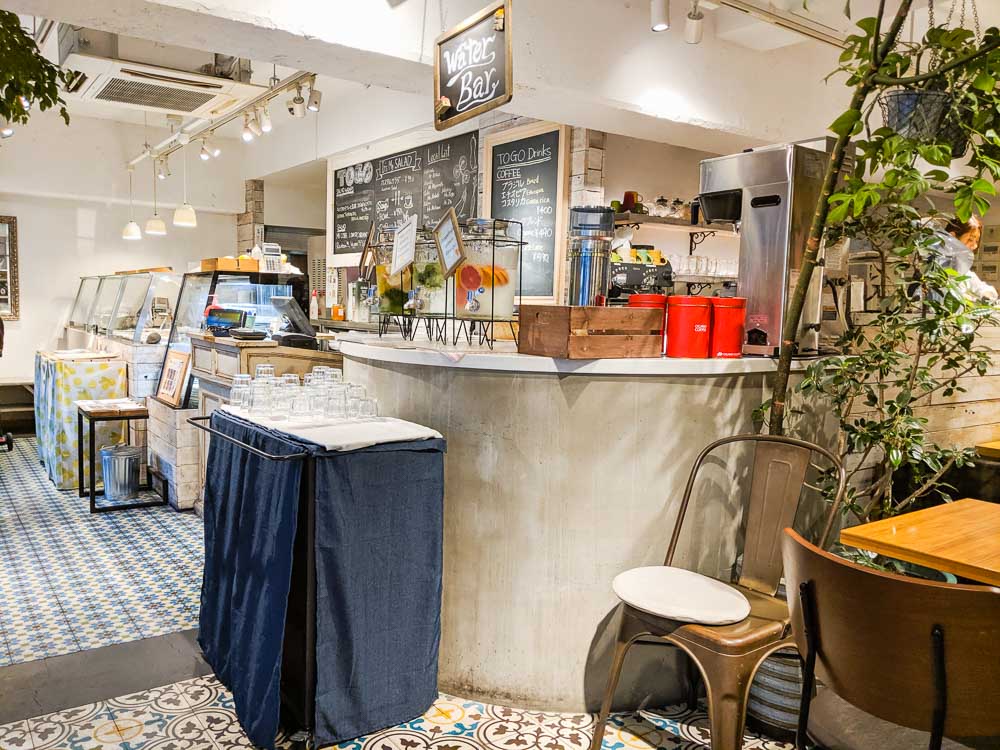 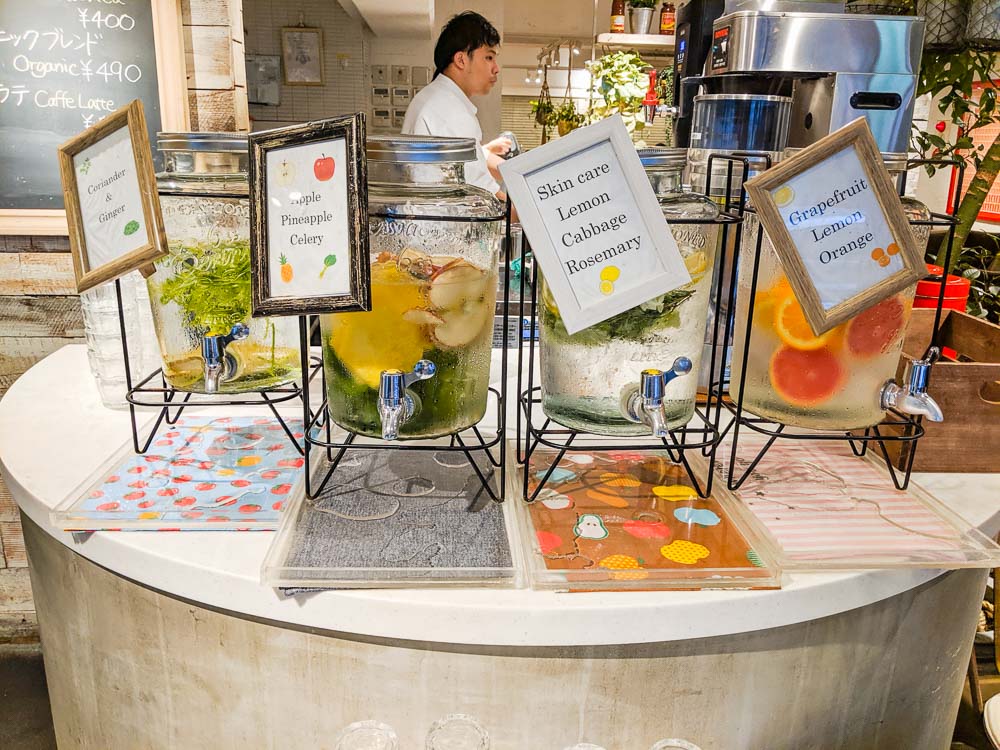 The water bar was one of the happiest things I have ever seen. 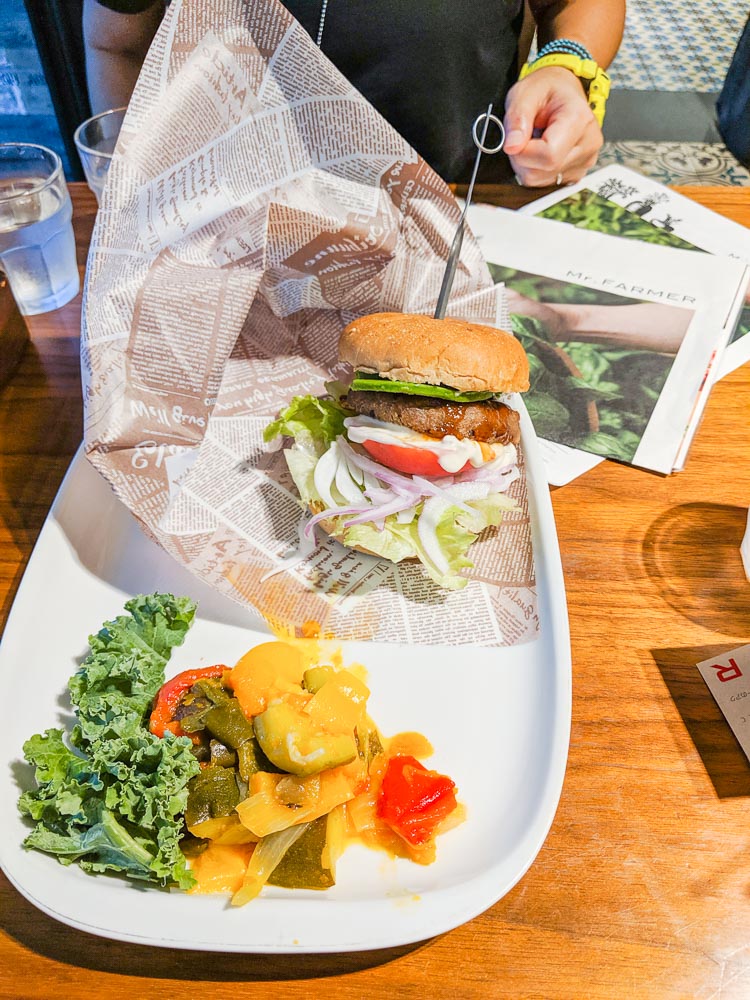 We weren’t that hungry, but when you spot an English speaking, vegan friendly restaurant in Japan, you jump on it! Luanne and I split a veggie burger and I had a green juice. 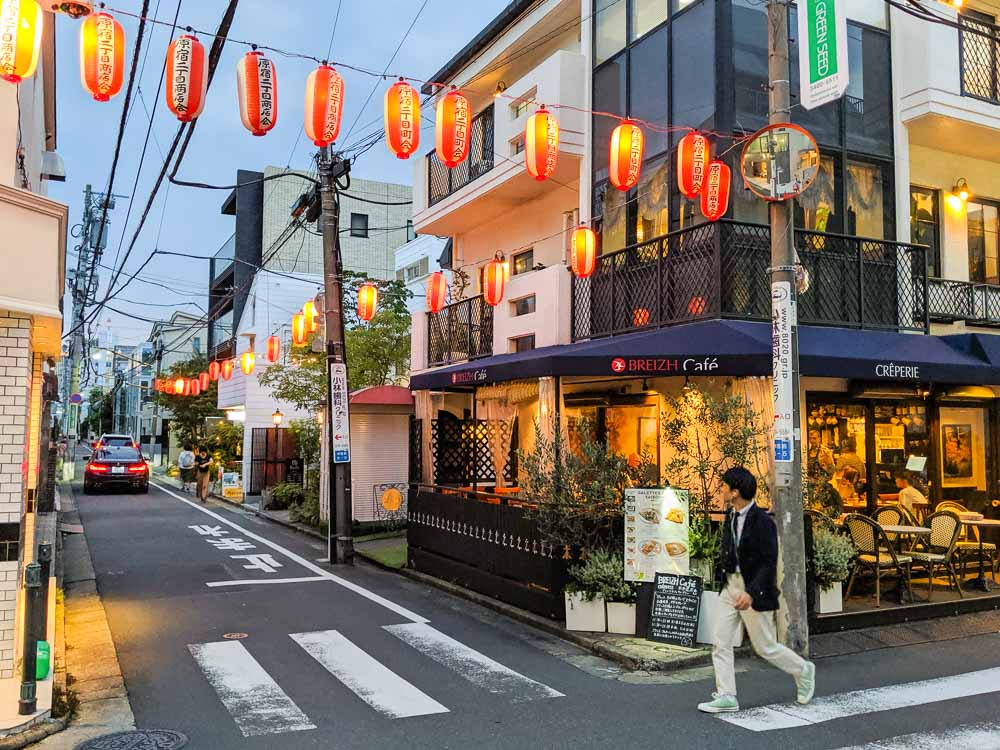 One thing you must do if you are in Tokyo is walk the streets in the evening and at night. It’s a whole different vibe than during the day. I have never felt more safe walking in a city at night than I did here. People are so polite and I never once got a creepy feeling or like I was in any sort of danger. It was weird to feel so safe and at ease in such a large city. 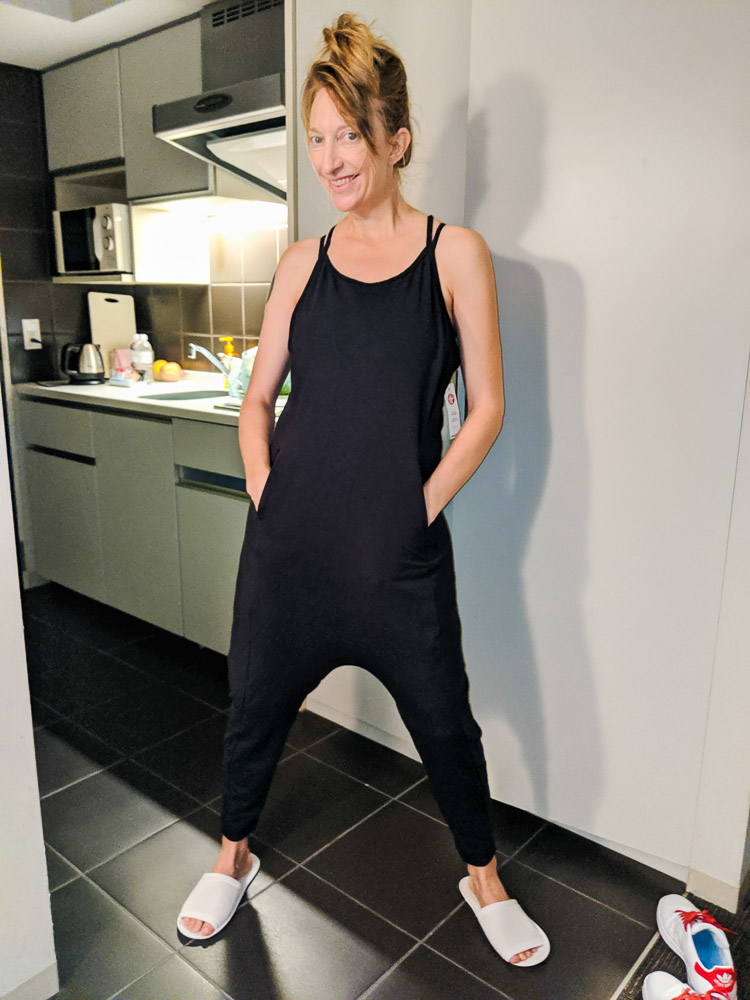 And now for the highlight of my time in Tokyo.

I found a jumpsuit that does NOT give me a camel toe! I bought that sucker and then proceeded to wear it every day for the rest of our trip. 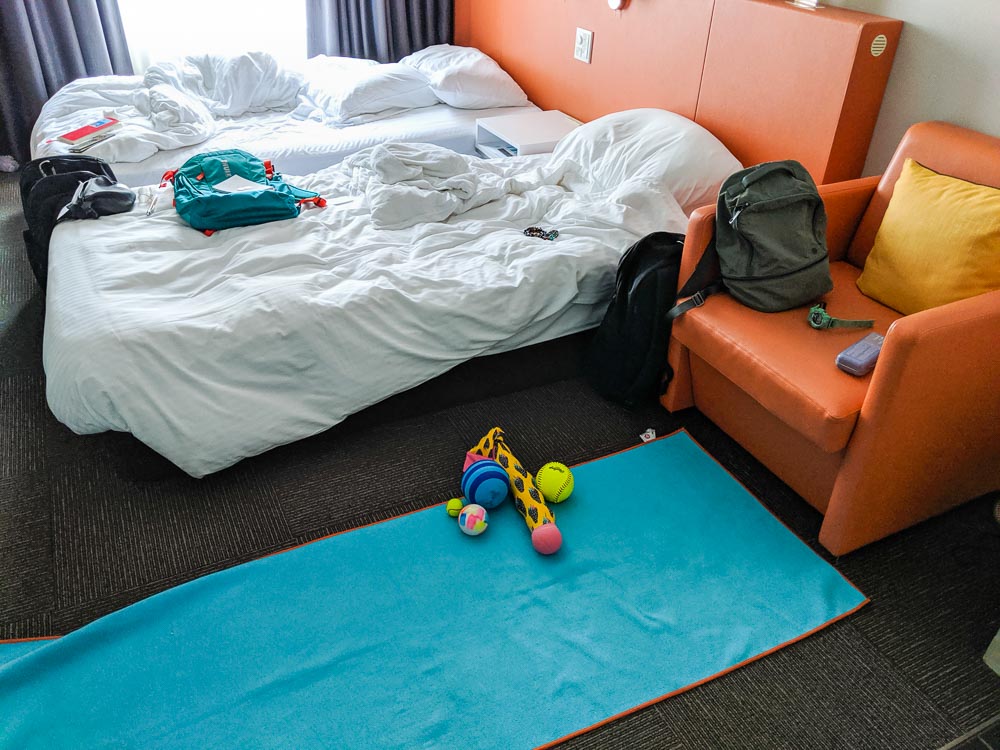 Even in our small hotel room (which was actually huge for Japanese standards), I managed to do my daily movement practice. It felt so good to roll out my body after so much walking. I don’t know what I would do without my balls! 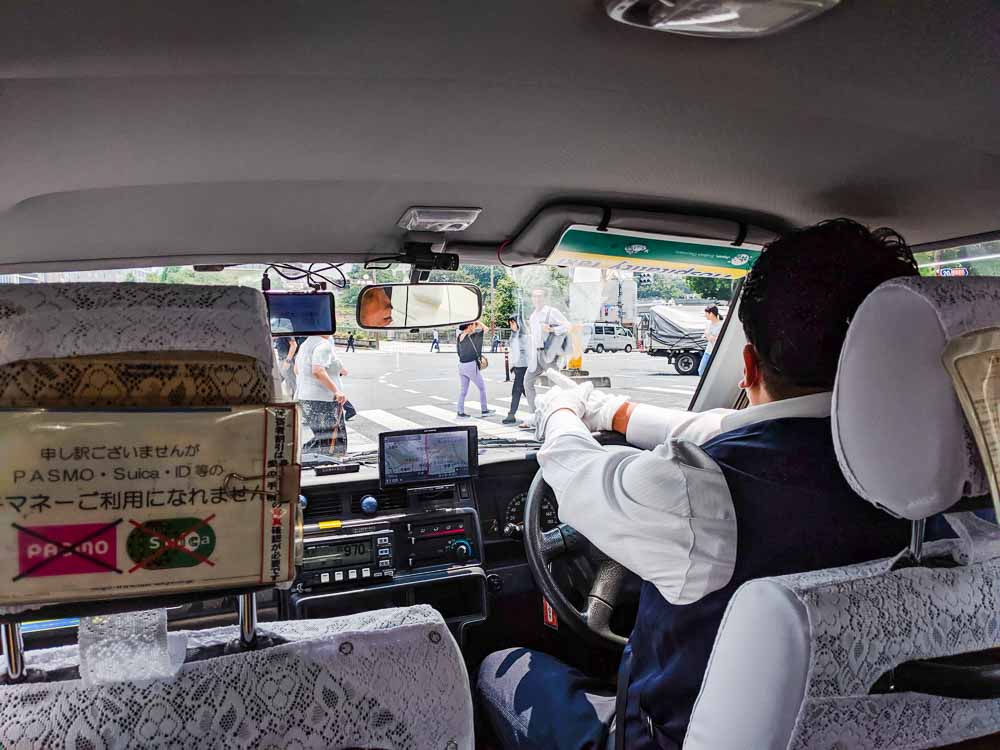 We need to talk about Japanese cabs for a second. The cars are all from the ’70s and ’80s and they are ALL pristine. Not a scratch, rip, dent, stain, funky smell – it’s like they are brand new. And the drivers all wear a coat or vest, a tie AND white gloves. It’s like you are in a movie.

If you happen to know the deal with Japanese cabs, please share with me in the comments! 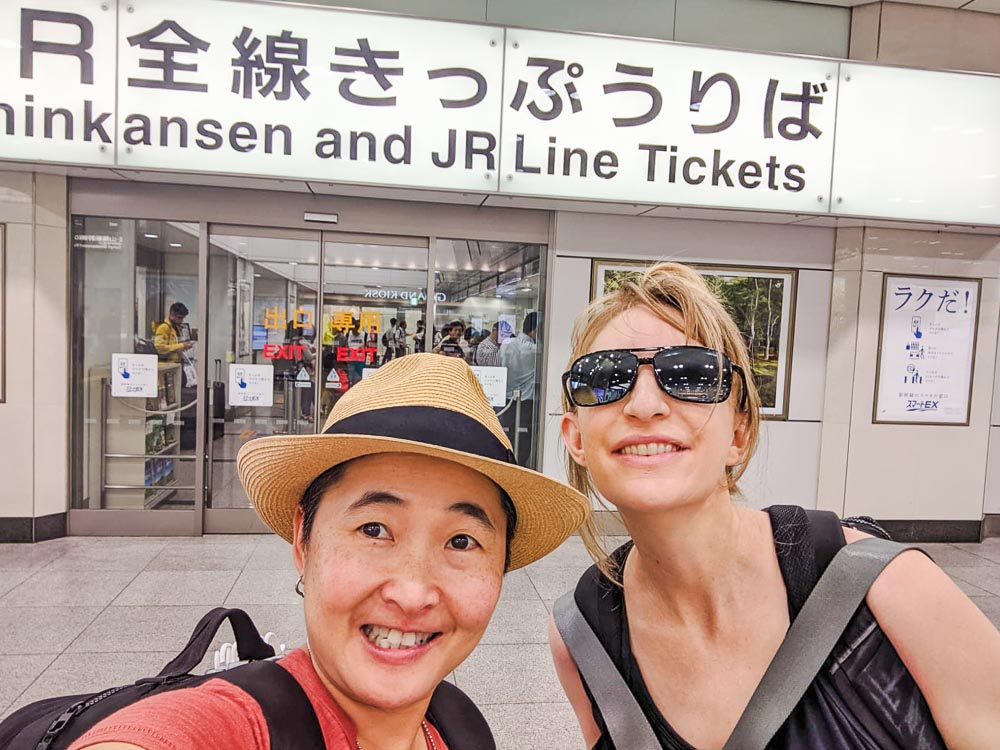 Ready to catch the bullet train (Shinkansen) to Kyoto in a train that goes 200+ mph (320 Km/h) and hovers on the tracks. More on that next week!

Click on the number 7 below to get to the next page. 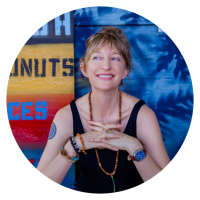 As much as we don’t want certain things to change, they always do.
Just like the seasons.

Luanne’s dad died last Thursday on August 29th. She spoke with him on a video call a few hours before he passed. It was good. He heard her. He went out knowing that he was deeply loved and that his family will be okay without him. Fucking heartbreaking to watch. Luanne is in her grieving process. She is okay.

Do you have a friend who loves to eat plants and is going to Japan soon? Share this post and let them know it’s entirely possible!  They can read the goods and then sign up for our Saturday emails.