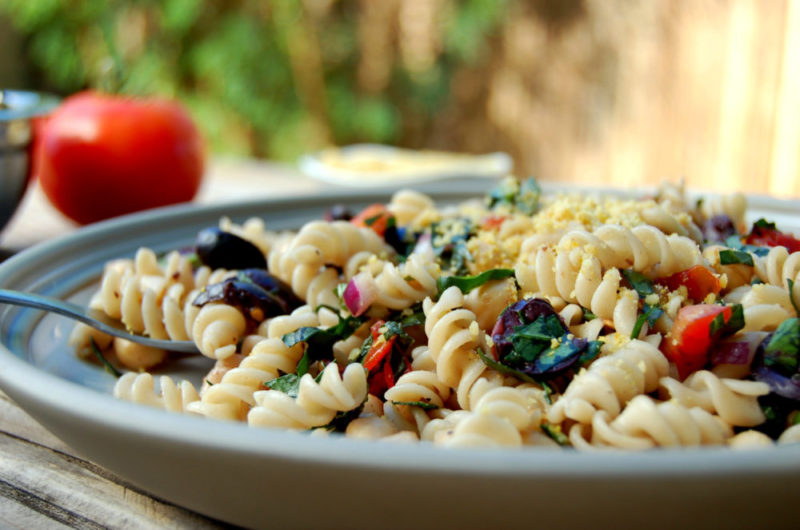 Do you know anyone who’s had the same style for so long that it actually became cool again?

I’ve known a-plenty and I’m probably one of them in the making.

In fact, I had much love for the Fanny Pack loooong after everyone ditched theirs for something more complicated than strapping your shit around your waist and walking out the door.

It’s so easy, what’s not to love about the FP?

Apparently, a lot because everyone (apart from me) hated the fanny pack for a solid decade, until Harper’s Bazaar did a spread on “belt bags” in this month’s issue and now all of a sudden the fanny pack is BACK.

This is great for me because suddenly everyone has stopped making fun of my “burse.”

My point here is, if you’re not cool right now, just keep doing whatever you’re doing  (or wearing) and allow cool to catch up to you eventually.

I remember people who embraced an oil-free diet in the 90s when it was even more socially unacceptable and awkward than eating a vegetarian diet (to say nothing of a vegan diet).

Fast forward two decades and the notion of skipping oil is just now beginning to be embraced by the mainstream.

I grew up in a really small town in New Mexico and worked in an equally small food co-op on and off for 7 years beginning in 1994, starting when I was 14.

My little town wasn’t one of the cool New Mexico towns like Taos or Santa Fe.

My town had ranchers, a Wal-Mart, a few street lights, and dusty parking lots.

It did have a couple of art galleries and of course the food co-op, but even then it was sleepy at best. Silver City, New Mexico was the consolation destination if you weren’t cool enough or didn’t have enough money to live in Santa Fe. So it attracted a lot of people who were looking for a place to call home that was a little different, tucked away, and affordable.

Silver City is a unique place where hippies and ranchers collide and you can’t miss the aroma of patchouli and cow farts as you roll into town.

Spending my adolescent years at the co-op gave me plenty of opportunities to meet and interact with people who were doing things a little differently.

I met folks who were treating cancer through diet, having babies at home or in the forest without a doctor (I was in fact, one of these babies. My parents didn’t even have electricity when I popped out), lowering their cholesterol by swapping beef for tofu, dying their hair with henna to avoid the chemicals in hair dye, and of course, people keeping their weight down and their heart-healthy by avoiding oil.

There was a certain type of person who didn’t eat oil and by the time I graduated high school, I could spot this person from a mile away, through the dust, the cattle, and the art galleries selling nothing but kokopelli’s.

Let me paint a picture of the no oil eater circa 1996:

I wanted to tell her to have a drink, get laid, eat a burger, stick some chocolate in her mouth and find some damn joy, but I didn’t dare.

Today’s no oil eater is a whole lot different.

Over the past few weeks, I’ve schooled you on fats, saturated fats, and oils and I’m confident that you understand enough about why you might want to consider eating oil-free or at least reducing the amount of oil that you include in your diet.

Just like anything new and different, it comes with a learning curve.

I was confused and hesitant at first too. Though for me, it was more about getting over the trauma of the no oil woman circa 1996 and less about not actually eating as much oil.

Today I’m laying out some super easy tricks and tips to make that learning curve a little less sweaty for you to go up. I’ll meet you at the top.

If you aren’t ready to cut the oil out completely and just want to play around with the idea, here are some basic tips to help get you started.

Restaurant food and packaged foods are notoriously overoiled. Do less of those things and you will automatically be eating less oil. For no oil recipe inspiration, hit up my little to no oil recipes on my blog.

2. Reduce the amount of oil that a recipe calls for.

You can do this with virtually any recipe. If it calls for 2 tablespoons, use 2 teaspoons. If it calls for 1/4 cup, use 1 tablespoon. It might take you a few tries to build up your confidence, but just take a shot at it and you’ll see how easy it is and how little it affects the finished dish.

To avoid excess oil, drizzle a little oil in your pan and then take a paper towel or clean kitchen cloth and wipe off the excess, leaving just a thin coating.

If these sound good to you and you want to take it a step further, follow these tips for cooking without oil.

Sautéing is a crucial step in cooking. It happens in my kitchen on the daily.

There isn’t a right or wrong way to saute veggies sans the oil, but there is one way that will taste best.

Here’s the method that will give you the most flavor with zero oil:

Then you can add the dried spices to your veggies towards the end of cooking (you can toss them in along with the garlic).

Note that you can use whatever type of liquid you want in your sauté. Water, veggie stock, coconut water, beer, wine, lemon juice, lime juice, freshly juiced carrot or tomato, vinegar, Braggs, or soy sauce will get the job done.

Whatever it is that you’re roasting or baking (apart from baked goods), there are a couple things to keep in mind.

Use parchment paper to line your baking sheet or pan. This will keep things from sticking without the oil.

When we roast and bake things with oil, what we’re really doing is making sure that whatever we’re cooking doesn’t dry out. So instead of oil, just pour water or veggie broth over the squash, eggplant, brussels or whatever it is that you’re roasting / baking.

Keep an eye on it and if the liquid evaporates and your veggies start to dry out, just add more liquid.

Adding a fat component to your roasted veggies will help with the texture. Here is a no oil Roasted Potato recipe that is fan-fucking-tastic.

You can also slather veggies in my Lemon Tahini Dressing (AKA T-Crack) and then roast them. You will never miss the oil with this method.

3. Keep it simple and steam your veggies

Steaming is one of the fastest and easiest ways to prepare veggies. You don’t even need a veggie steamer to do it.

Choose your veggies. Broccoli, cauliflower, carrots, asparagus, green beans, and zucchini are all great choices. You can also steam leafy greens but they will take a lot less time to steam, so do these in different batches or add them in at the very end.

I think that baking is sexy and people who do it well have a certain spark to them that I’m drawn to, but I myself have never been very good at it nor has it held my attention.

That said, I know that applesauce is a great substitute for oil to achieve kick-ass vegan baked yummies. Start by using half the amount of applesauce for the oil called for.

5. Try it for one week and see how you feel.

I don’t want this to be daunting for you. Thinking about doing or not doing something forever is enough to make a person RUN FAST in the other direction.

If anyone told me that I have to be a healthy vegan for the rest of my life, I would flip them off and go find cake.

I don’t even want cake, but I can’t think about not having something for the rest of my life without automatically wanting it. Do you feel me?

So here’s the plan. If you want to see how you feel without oil or any other processed food in your system, try it for a week and see how you feel. You can download a free sample Plant Fueled Meal Plan right here to help you get started.

Now, let’s not get it twisted – a no-oil diet might feel strange at first. It felt foreign to me the first week as well, but I can tell you with certainty that once you stop eating it, or even cutting it down drastically, even a little oil will feel and taste super funny and out of place in your mouth.

For the Walnut Parm

Here’s how to make the Walnut Parm

This dish is best served at room temperature. One reason for this is because gluten free pasta is notorious for being dry and tough when it’s cold. The other reason is that the flavors develop better at room temp.

Have a beautiful week and remember, whatever problem or difficulty you’re going through at the moment will look different with time, so don’t give it too much of your beautiful attention. 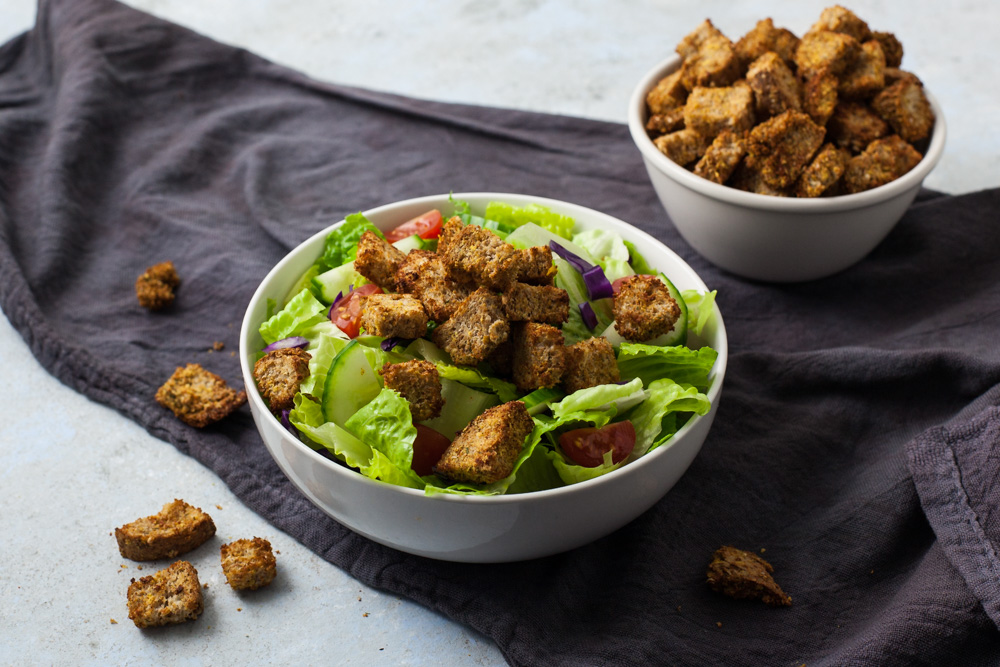 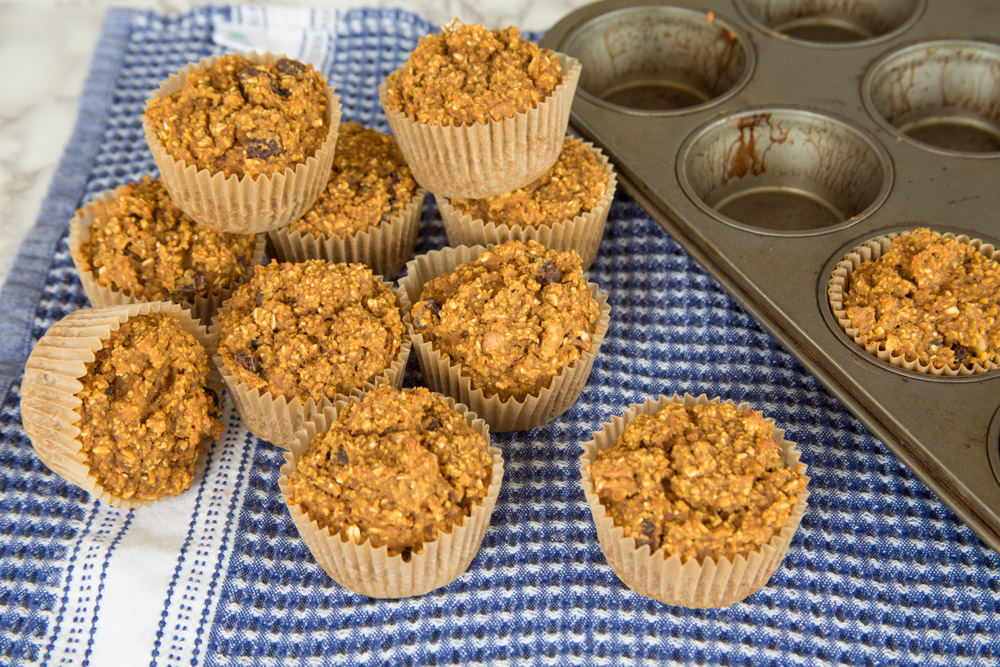