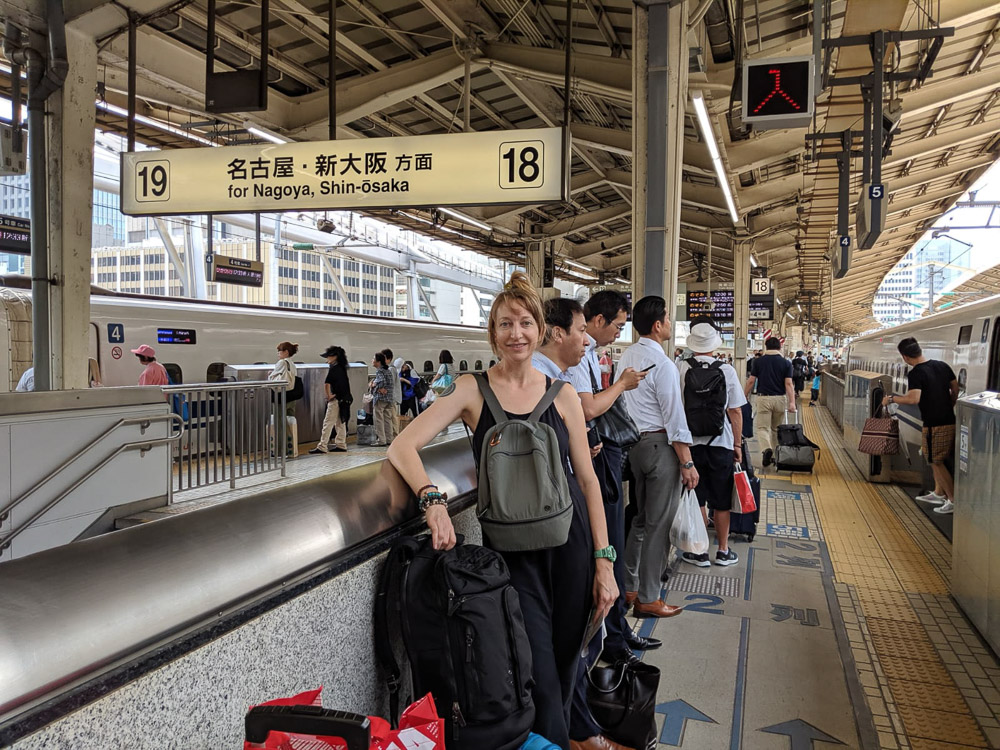 Still in my awesome jumpsuit that I scored in Tokyo. Waiting for the train to Osaka. 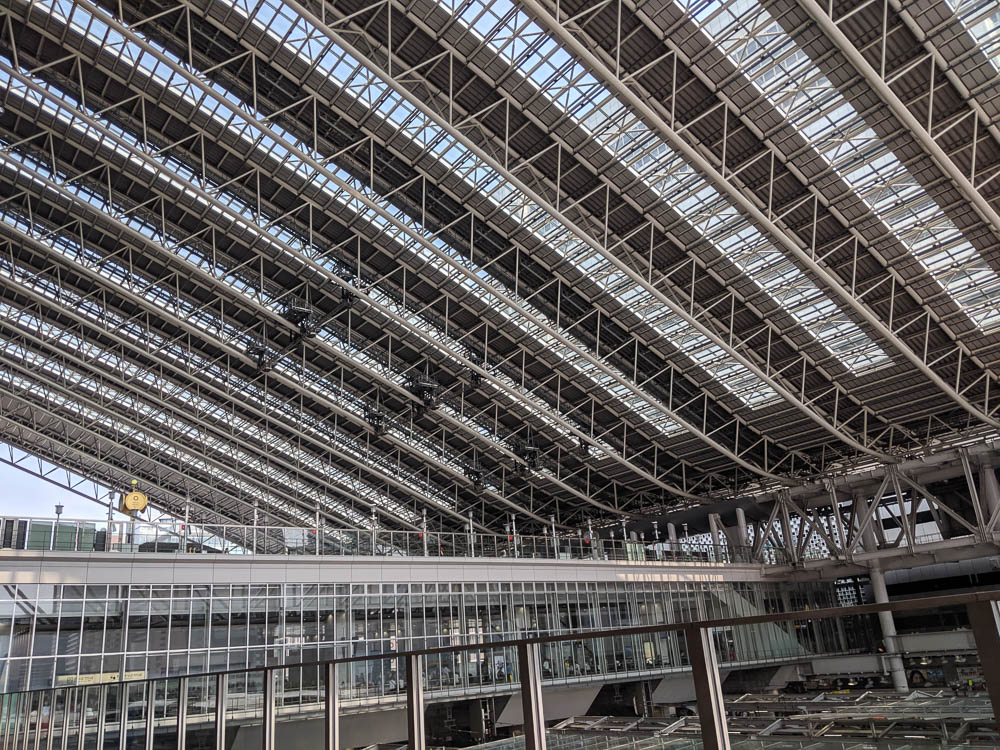 The Osaka train station was so cool to look at! 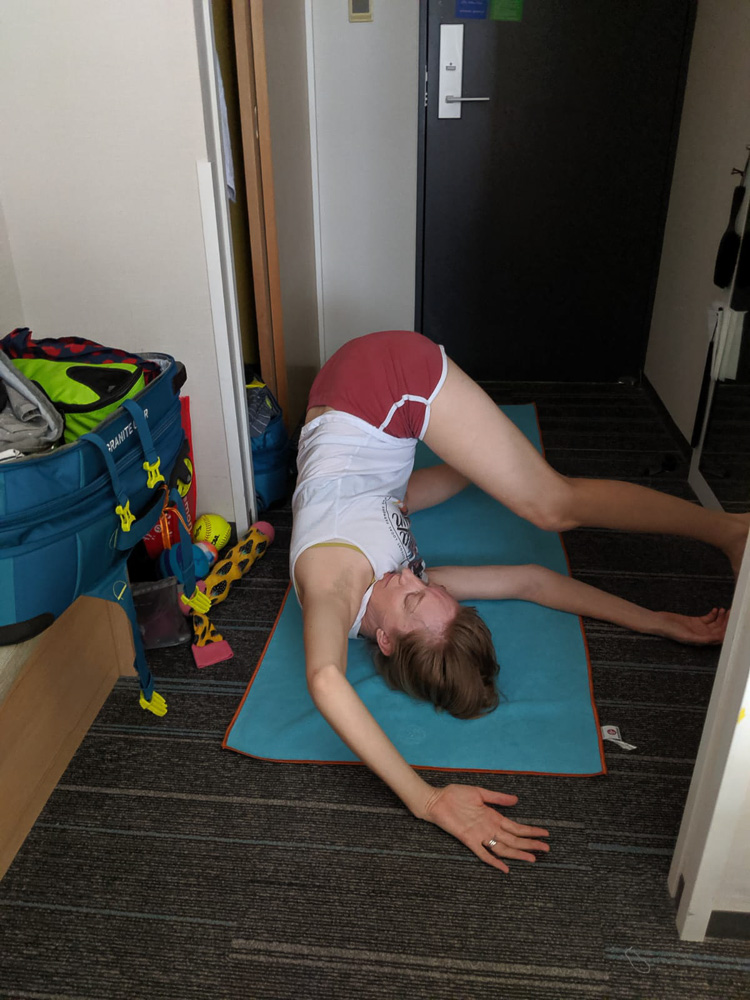 We checked into a massive and fairly impersonal hotel in Osaka because we were using credit card points and we figured we would mainly be sleeping there, so why not. Even in a super small space I made my movement practice work! 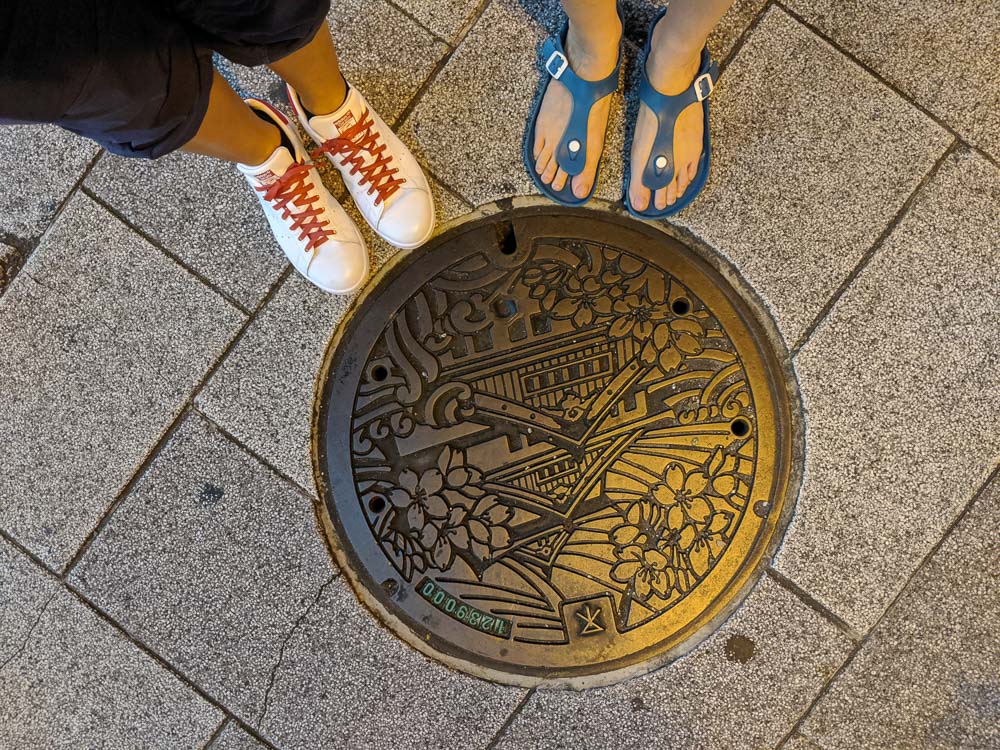 We were not fans of our hotel so we left to go exploring not long after we checked in. 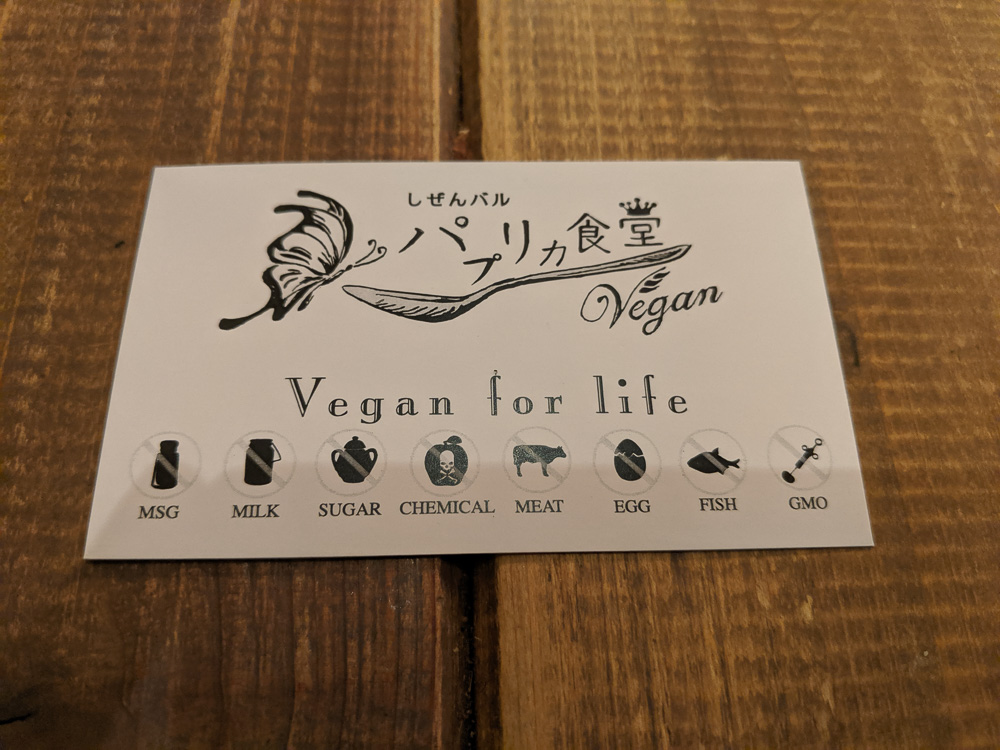 We wound up at a vegan restaurant called Paprika Shokudo Vegan. 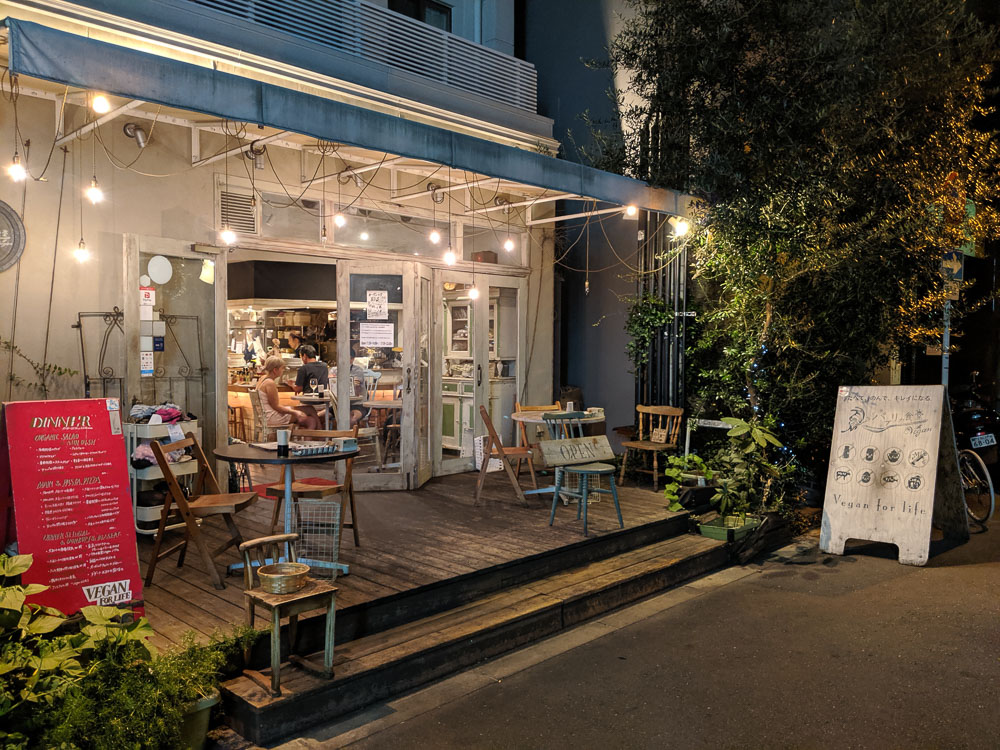 This place was super cute and tucked away on a random side street. 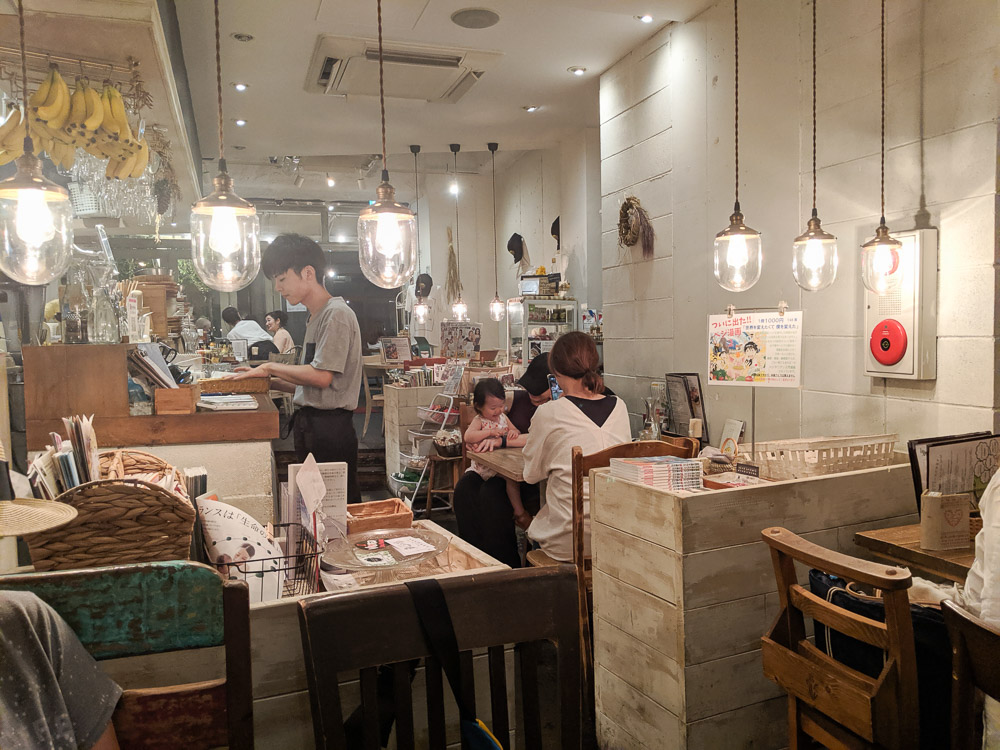 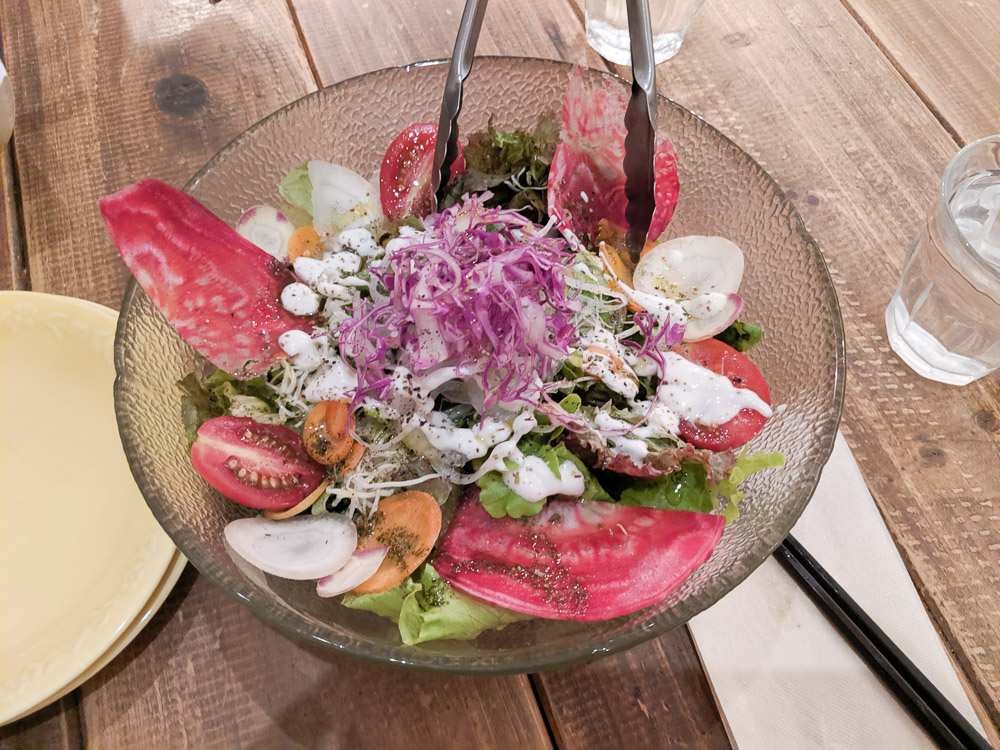 All of the vegan restaurants in Japan were so good. One thing that they all had in common was the freshness of their ingredients. Everything was bursting with flavor and nothing was ever wilted or sad. This salad was like eating directly from the garden. 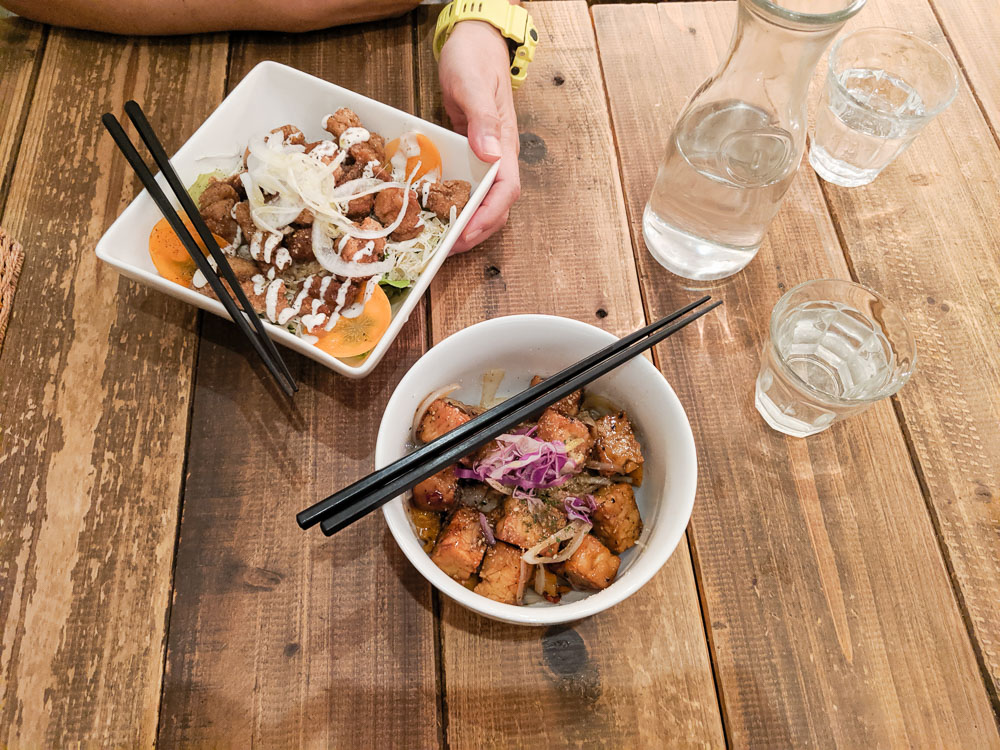 I was so excited to see tempeh on the menu. It was marinated and grilled to perfection. 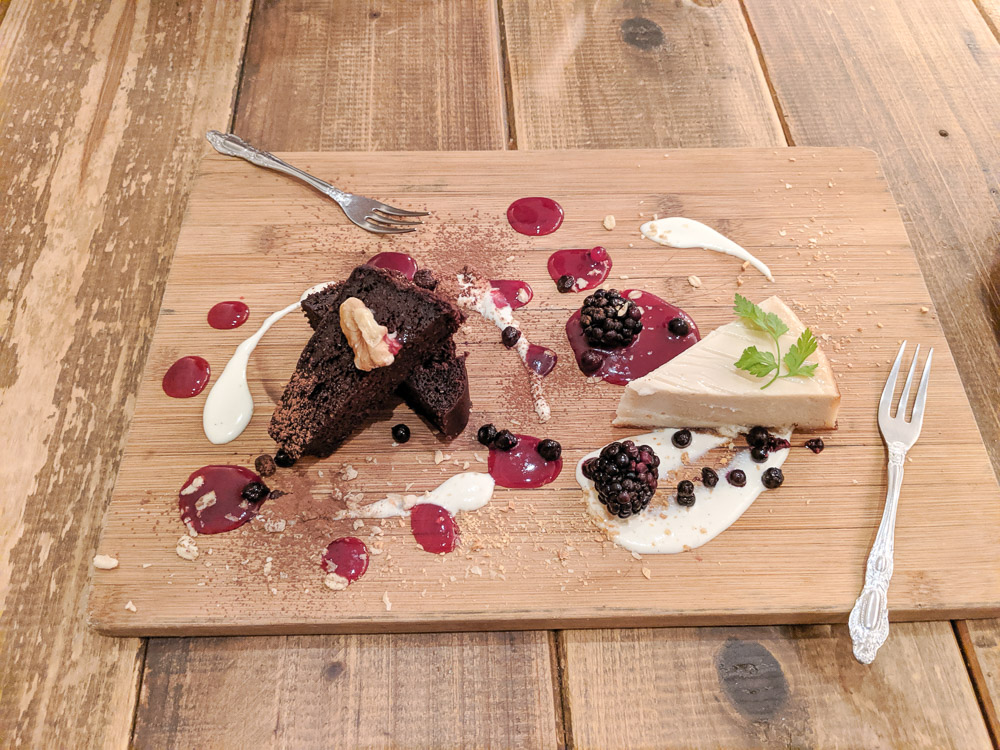 The evening was warm, so we walked and slowly made our way back to the hotel, stopping to look at things along the way. 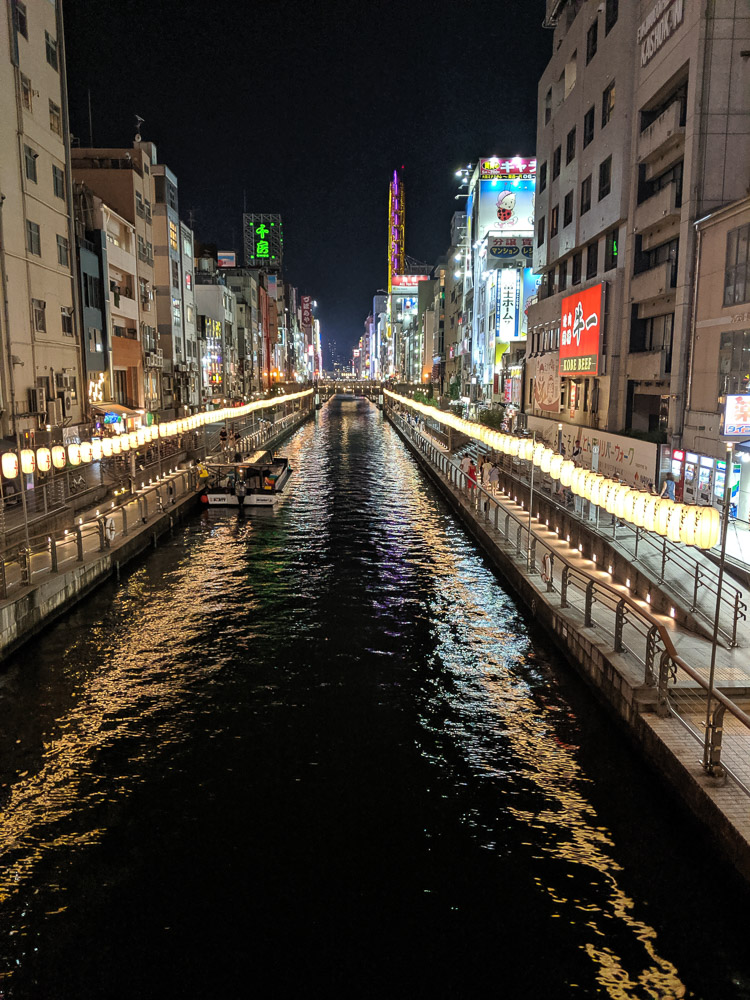 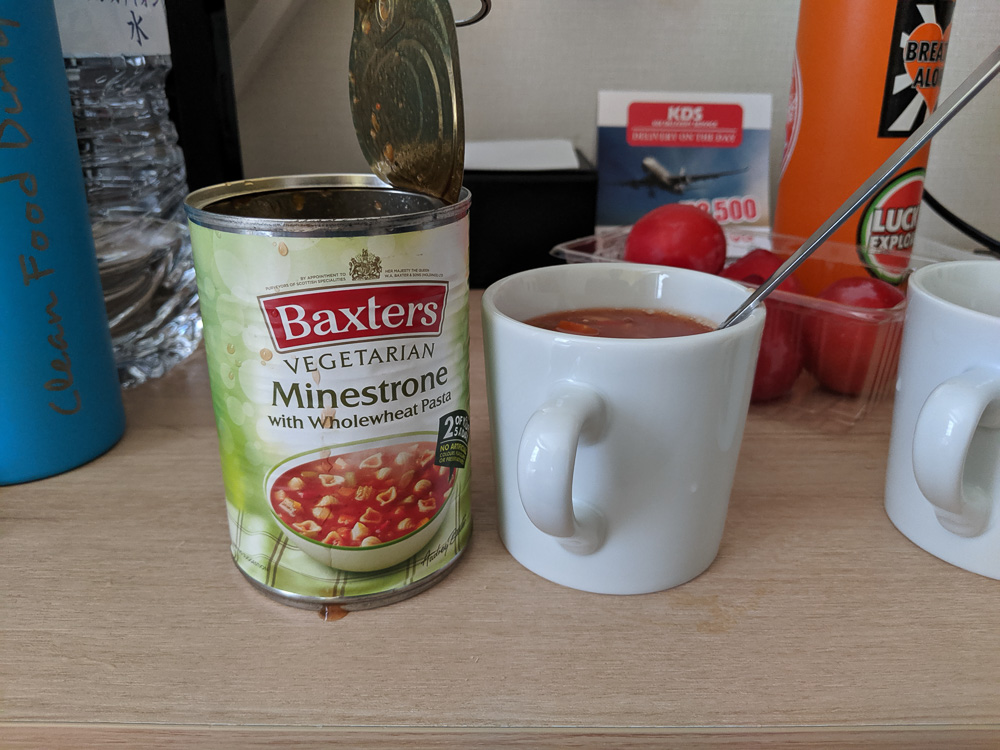 I had this can of minestrone soup with me since we left Malaysia. It says vegetarian but upon further inspection, I found that it was, in fact, vegan. I kept this with me as backup, but since the end of our trip was nearing we decided to eat it for breakfast.

I opened the can (it had the kind of lid that could peel up without a can opener), poured it into a coffee mug from our room, went down to the lobby and put it in the microwave. 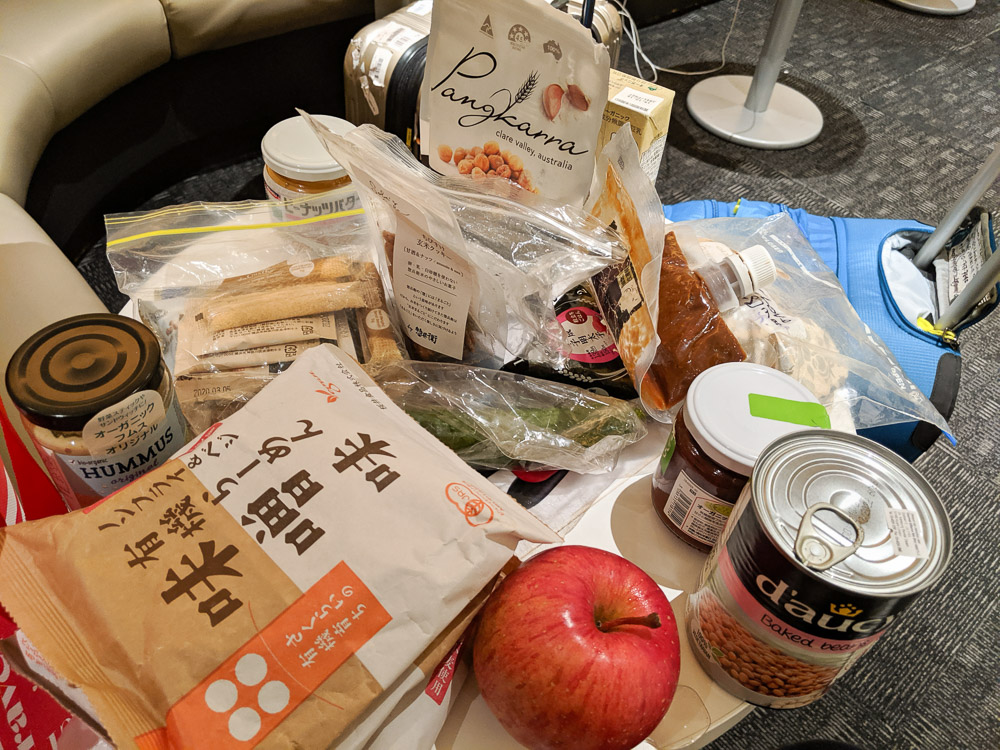 We had a hodgepodge of food left, so I packed it all up and had a feast at the airport before we boarded our flight. I also grabbed a veggie sandwich from Subway without mayo or cheese to eat on our flight. It was the first time in about 10 years that I had eaten at Subway, but it was either that or no food until we arrived home. I went with Subway, and I was glad I did. 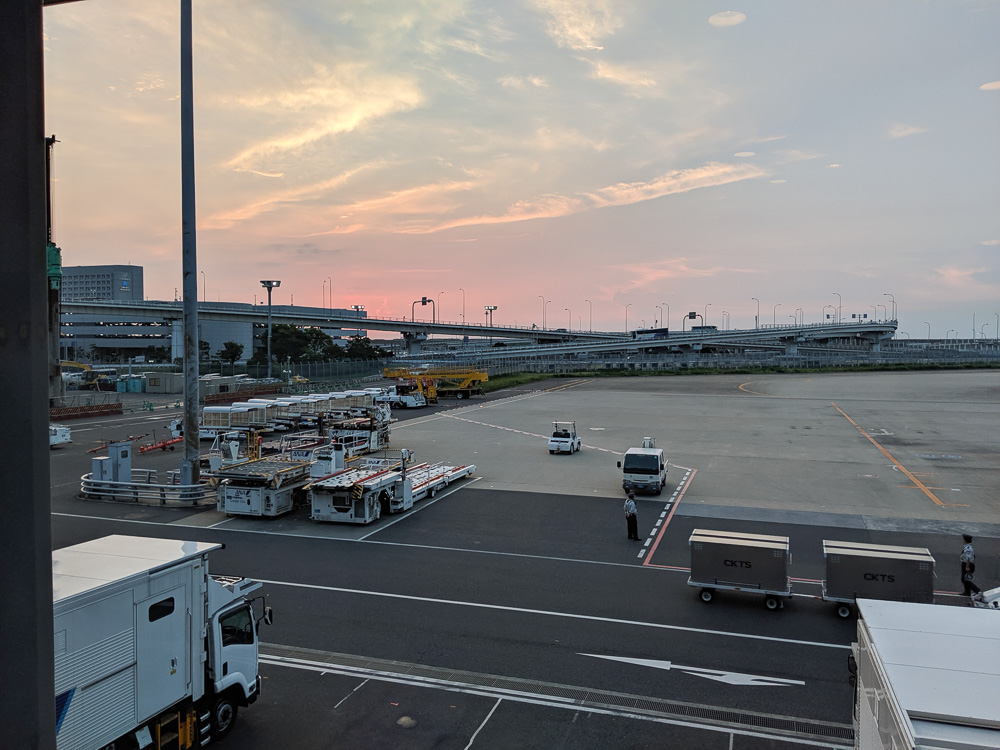 Waiting for our plane to take us home.

So ready to go home, pet our cat, sleep in our bed, make a green juice, and reflect on our three months away from home.

Traveling out of the country takes planning and it’s not always easy, especially when you don’t speak the language. But here’s the thing: I never, ever regret it and I always come away richer, wiser, grateful, and more flexible because of it.

Go see the world; it’s waiting for you!

Wishing you a happy week. May it be filled with getting out of your comfort zone and exploring something new.

Here’s something we want to give you a heads up about.

We had tickets booked for Europe before we got the call that Luanne’s dad had stage 4 pancreatic cancer and that we had better get to Malaysia to see him. We were planning to visit my sister in Holland for her 50th birthday in June, and then travel around Europe for a few weeks. But, when we got the call from Luanne’s brother in late March, we knew we had to cancel our Europe trip because we didn’t know how much time Luanne’s dad had to live.

We use a credit card (Chase Sapphire Reserve) that is good for traveling because it has trip protection and other perks like triple points for dining, hotels, blah, blah, blah.

When we called the credit card’s insurance processor to tell them we had to cancel our Europe trip due to Luanne’s dad being terminally ill and that we needed to use their trip protection, it was a no. We tried for months to get reimbursed for our Europe tickets and we only got the runaround and rude people telling us no. In short, it’s a scam.

We wanted to let people know about this, so Luanne wrote a blog post about our experience in case you ever think about getting the Chase Sapphire Reserve card for their trip protection. You can read the post here.

Do you have a friend who loves to eat plants and is going to Japan soon? Share this post and let them know it’s entirely possible!  They can read the goods and then sign up for our Saturday emails.