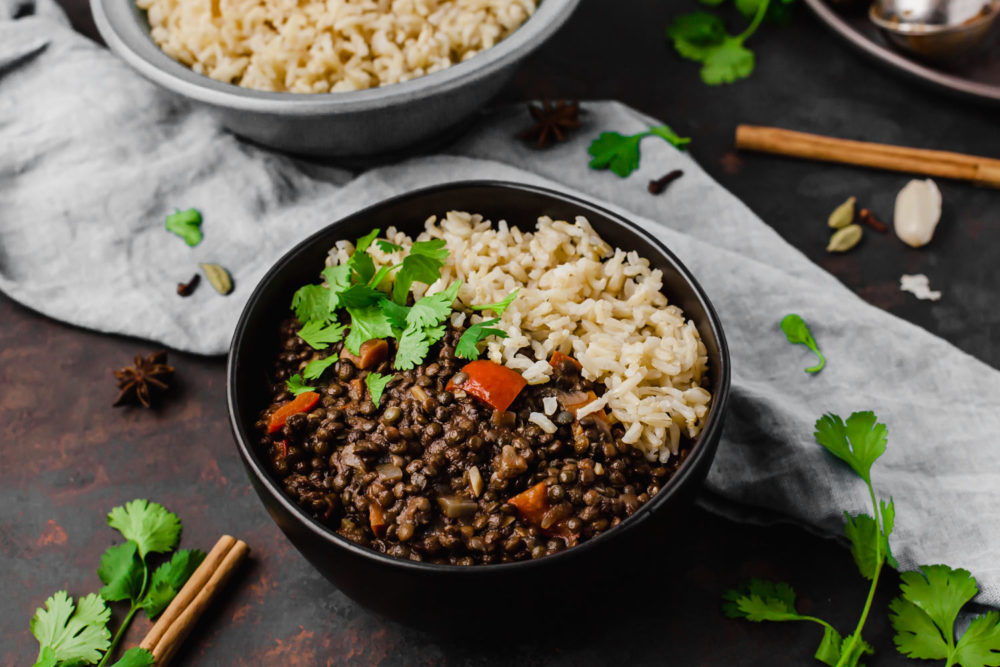 If you had told me at any point during my 40 years on Earth that I would eventually be eating gluten-free, I would have rolled my eyes so hard that my eyeballs would have fallen out of my head and bounced down the road, as I bit into my delicious gluten-laden sandwich.

I’m the asshole that assumed everyone eating gluten-free (that didn’t have celiac disease) was doing it because Gwyneth Paltrow told them to, not because there was a solid health reason behind the decision. And for that, I hang my head, and I apologize to everyone from approximately 2008 to present who doesn’t eat gluten because it legit creates weirdness in their body. I was wrong. Gwyneth was right.

My humble gluten-free pie had been served.

After dealing with a painful and broken-out face for over a year, I was happier about my skin being clear than I was pissed about no longer being able to eat gluten. But there was definitely an ever present and vocal resistance to embracing a gluten-free life. Because SOURDOUGH BREAD. And couscous. And sprouted bread. And whole wheat tortillas. And the occasional piece of vegan chocolate cake. And innocent fucking barley. And morning croissants when I visit Europe. And delicious roti canai when I visit Malaysia. And rye berries. And spelt. And pasta that isn’t made from chickpeas, rice, or some weed / twig combo that Whole Foods is selling for $200.

It felt big, and as happy as I was about my skin, I was apprehensive about navigating the new-to-me gluten-free waters. Just me and Gwyneth, chillin’ in our privileged-ass boat made from reclaimed furniture and plastic bags, eating crackers made from coconut flour and hemp seeds as we wait for our yoni steaming session to begin, only to be followed by a chakra cleansing and ayahuasca therapy.

It was a lot to unpack, but I knew it was time to face this head-on and say my goodbyes to delicious gluten. And do you know how hard it was?

Absolutely NOT hard at all.

It was one of the easiest things I’ve ever done. The big overwhelming story I painted in my head turned out to be nothing more than a tiny little hill that didn’t even require closed-toe footwear.

It was anticlimactic and breezy.

Here are some things I was reminded of during this process, some things I’ve learned, and how I’ve adapted ingredients to stay gluten-free and whole food plant based since July of this year.

When you eat Whole Food Plant Based, you naturally don’t eat much gluten.
To understand this, let’s recap what this way of eating consists of:

As you can see, the majority of what you eat when you eat a whole food plant based diet is naturally gluten-free. That’s why the outdated story in my head about this being such a big deal was ridiculous. I am quite familiar with this way of eating. I have been eating this way for years, and I run a Whole Food Plant Based company! Looking back, I am surprised that logic didn’t kick in from the get-go and tell me to settle on down.

Cleaning out the kitchen.
After I knew my experiment worked, and my skin was clear, here are the gluten containing ingredients that I had to remove from my kitchen:

So, out these ingredients went. Instead of throwing all this stuff into the compost, I gave everything to a friend who does not have a sensitivity to gluten.

You will inevitably eat more whole plant foods.
For the most part, I follow a whole food plant based way of eating, but I have been known to eat a vegan cookie or vegan muffin from time to time when I’m out and about running errands. Since I stopped eating gluten I’ve totally stopped doing that. Other than my mom’s vegan gluten-free cookies, which are delicious, all baked goods that fit my current eating criteria taste exactly like cardboard coated with chalk. It’s more satisfying to just bring an apple with me when I do errands and eat that if I get munchy. Eating gluten-free has eliminated the few processed things I used to eat. And because the gluten-free alternatives aren’t always nice tasting and are really damn expensive, I stick to whole plant foods. Real talk: I am elated that really good dark chocolate is gluten-free. I’ll just leave it at that. 🙂

So, now I eat at home 99% of the time instead of 95% of the time. I’m fine with this, especially now with COVID. Plus, there is no healthier food than the food I cook in my own kitchen, and my body thanks me with good health and lots of energy.

Buffalo Tempeh Veggie Wrap and Sweet Peaches (#ChillOut)
For the wraps, I blanched some collard leaves and used those as the carrier for the yummy filling.

Panzanella (Italian Bread Salad) (from #Italian)
I added cooked brown rice instead of bread. I could have just left out the bread and not substituted it with anything, but I wanted the salad to be nice and hearty, so I added some yummy complex carbs in the form of rice.

One Pot Cheesy Mushroom Lasagna Soup with Bruschette al Pomodoro (from #Italian)
I followed the directions exactly as the recipe was written, I just used gluten-free brown rice bowtie pasta instead of wheat pasta. Any gluten-free pasta should work, but I used Jovial Gluten Free Fusilli and it turned out super yummy.

Baldwin Park Double Cheeseburger and Beast Fries (from #CaliforniaDreamin)
I blanched a big collard leaf, laid it out on my plate, piled up all the ingredients in the center of the leaf and then I tightly folded the collard leaf around the ingredients. It was so, so good!

OC Lemon Pepper TLT Sandwich and Hollywood Fruit Salad (from #CaliforniaDreamin)
I put all the ingredients for this sandwich in some romaine leaves. I added more of the sandwich filling and ate more fruit salad to make sure I was filled up.

Golden State Club Pita Pizzas (from #CaliforniaDreamin)
I used gluten-free bread instead of the pitas and I followed the directions as they were written, except I cooked them for a couple of minutes less. Little Northern Bakehouse is the best vegan gluten-free bread that I have found. Most gluten-free bread contains egg whites, so watch out for that. If the package says “Dairy Free and Gluten-Free” check the label and I’m certain you will see egg whites on the ingredient label. If you see bread that says “Vegan and Gluten-Free” it will be plant based, but not oil-free. I have yet to find a vegan gluten-free bread that does not have oil. Oil isn’t an ingredient that is consumed when following a whole food plant based diet, but I would rather poke out my own eyeball than not eat bread. So a little oil it is.

Tomato Basil Farro Skillet and Mixed Greens & Olives Salad (#HelloFall)
I used quinoa instead of farro in this recipe. I had to batch Herbed Quinoa Pilaf instead of Herbed Farro Pilaf to make this work. I kept the measurement for the dried grains and then did a quick search in our Recipes classroom to grab the correct liquid amount for that amount of quinoa. You can also just Google this, but our classroom is handy and I was already in there.

Avgolemono (Greek Lemon) Orzo Soup and Avocado Olive Toast (#Mediterranean)
I used cooked brown rice instead of orzo and added all of the toast ingredients directly on top of my soup.

Savory Butternut Squash & Mushroom Lasagna and Lemony Green Peas (#Cornucopia)
First of all, this was the best lasagna I’ve ever had in my entire life. I used Jovial Gluten-Free Lasagna that did not need to be cooked before it was baked. I followed the baking instructions on the box.

English Muffin Cheesy Pizzas and Massaged Kale & Grapefruit Salad (#Cornucopia)
For this meal, I used Food For Life Gluten-Free English Muffins, but they super sucked. They are really hard and springy? They were exactly how I thought gluten-free English muffins would taste. Not good at all. The next time a Meal Plan has English Muffin PIzzas I will add a layer of gluten-free grains to the bottom of a bowl and layer all the pizza ingredients on top.

Here is a list of the most common gluten-free whole grains:

Smothered Beefy Tempeh Chimichangas (#BajaMex)
I used gluten-free tortillas for this and followed the recipe exactly. Rudi’s gluten-free spinach tortillas are pretty good. They are vegan (even though they don’t say so on the package, but I called the company to confirm). They have oil in them, and blanched collard wraps would be the most nutrient dense choice, but sometimes a girl needs to sink her teeth into a tortilla.

American Chop Suey Goulash  (#CuddleUp)
This recipe called for bulgur, so I used millet instead, one of my favorite grains. When I was small, one of my nicknames was “Millet Mol” <– True story. I could have left the grain out altogether because the recipe didn’t call for very much, but I just tossed in some millet and continued with the recipe.

A lot of our Meal Plan meals are already gluten-free, so no need to tweak the recipes if you don’t eat gluten. Additionally, if you are a Meal Plan subscriber and you don’t feel like tweaking recipes at all, you can search for gluten-free recipes in the Recipes section of the classroom. Easy peasy.

Because I’ve had first-hand experience with gluten being an issue for my skin, I fully accept that I do better without it. That said, apart from my skin, I didn’t experience all the additional benefits from going gluten-free that I’ve always heard so much about. I didn’t lose weight. I didn’t magically have a super flat stomach. I didn’t have more energy than I normally do. I felt exactly the same as always: healthy and full of energy, just with improved skin.

It seems to me that this is because I already eat a healthy whole food plant based diet. When I went gluten-free, I didn’t have to undergo massive changes to my eating, I just excluded all whole plant foods and minimally processed whole plant floods that had gluten in them. And the occasional vegan donut. 😉

If someone eats a diet that is full of processed food and then goes gluten-free and stops eating those things, they will most likely lose weight, be less bloated, have more energy, and feel better all the way around, because the less processed foods a person eats, the better they feel.

So maybe it’s not so much that eating a gluten-free diet is the end-all-be-all miracle cure to all that ails us. Maybe it’s simply that people who go gluten-free start to eat more whole plant foods in the process.

My spidey senses tell me that if more emphasis and attention was put on eating whole plant foods, the less Gwyneth Paltrow would talk about eating gluten-free. I’ll be sure to talk to her about this during our next yoni steam on our furniture boat.

In the meantime, here’s a whole food plant based recipe that is naturally gluten-free.

Wishing you a happy week. May it be filled with eating more whole plant foods. 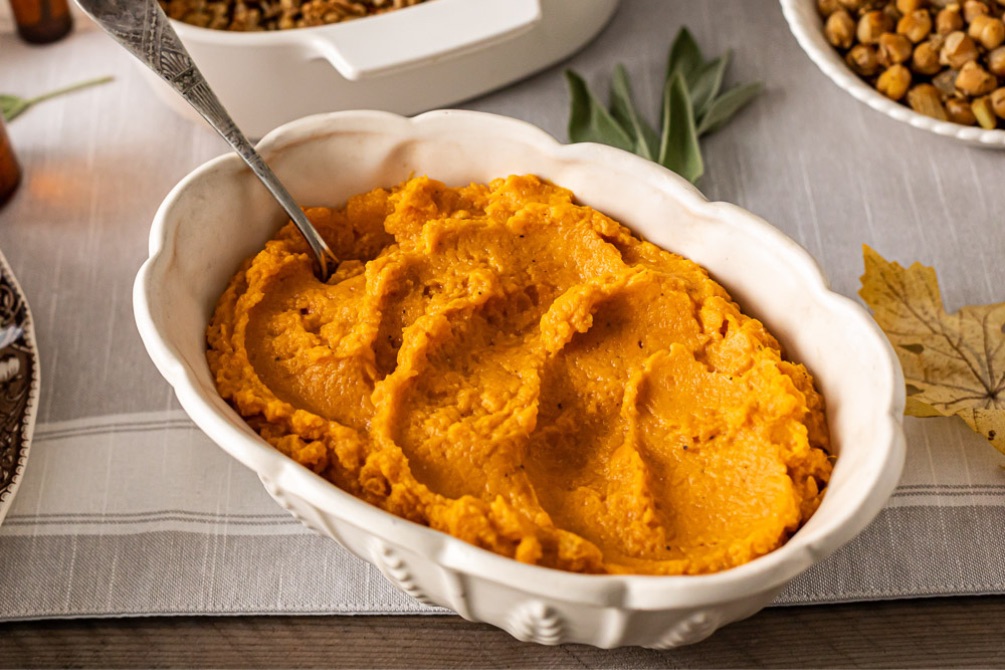 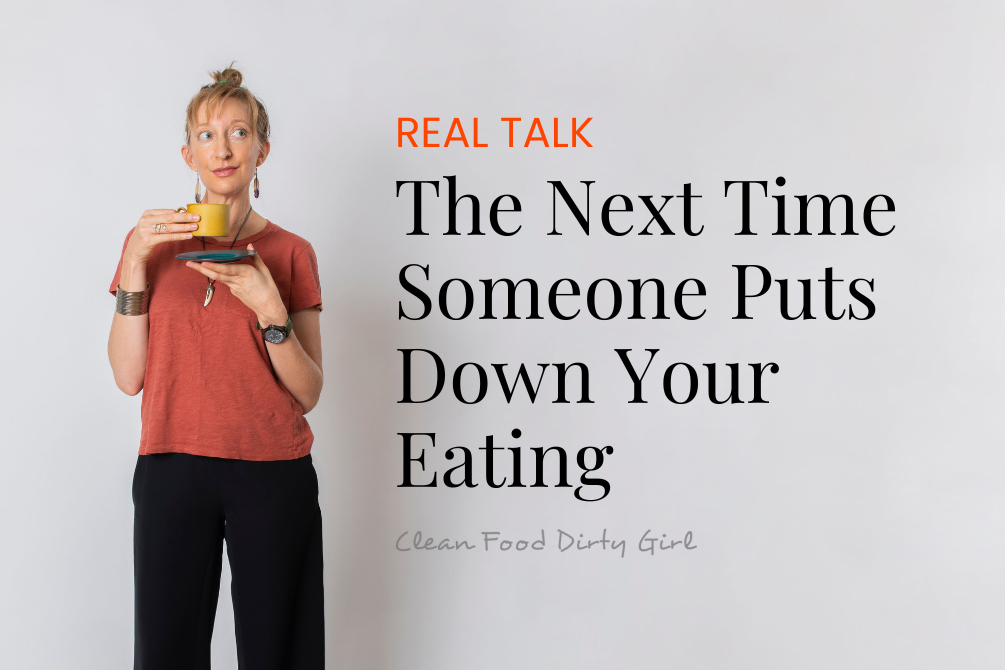 The Next Time Someone Puts Down Your Eating 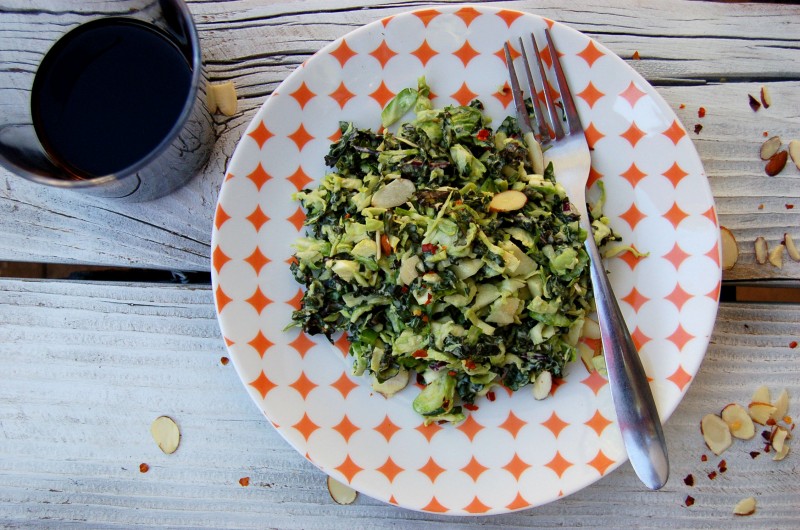