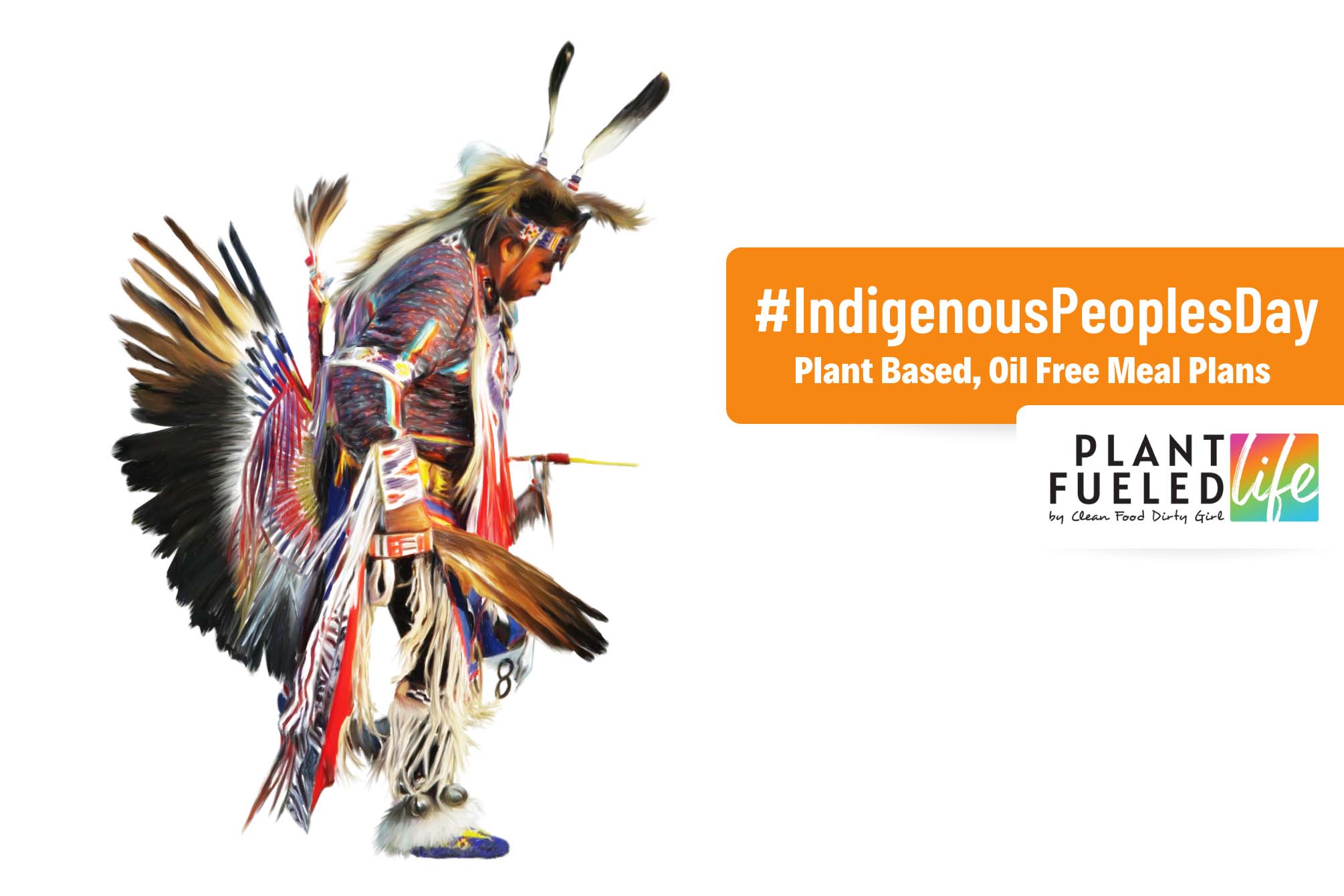 #IndigenousPeoplesDay is a first in Dirtyland. Recipe Wizards Tamie and Jen collaborated to bring you this beautiful plan to celebrate the Indigenous peoples of America with simple and delicious meals that feature traditional ingredients and flavor.

Indigenous Peoples’ Day is a relatively new holiday in the U.S., first appearing in 1991. Although it’s not yet a nationally recognized holiday, the list of cities and states that officially celebrate it grows every year. But what is it, and why do we need it?

Indigenous Peoples’ Day is a time set aside to acknowledge and commemorate the contributions and history of Indigenous people.

It’s a small step in pursuing a more holistic and comprehensive understanding of the history of America and the people who have lived here for thousands of years.

In the centuries before European contact, Indigenous people lived in every corner of the Americas, from the northernmost tip of what is now Canada to the southernmost reaches of what is now Chile, and from the western islands of Hawaii to the far eastern shores of what is now the Caribbean. There were (and are) hundreds of individual cultures. Scientists estimate that the pre-Columbian population of Indigenous people in the Americas was as high as 60 million people. In comparison, it’s estimated that Europe’s population was between 70–88 million at the time of contact.

By the early 1600s, after the onset of European colonization, roughly 90% of Indigenous people in the Americas had died, about 56 million people. This was approximately ten percent of the world’s population at the time, and it’s known today as the Great Dying. These numbers are staggering. It’s almost impossible to comprehend the scope of the Great Dying’s impact on Indigenous cultures. Its repercussions continue to reverberate today.

Those 56 million died primarily because of European diseases like measles, smallpox, and influenza. The Native peoples had virtually no resistance because they’d never encountered them. Although the deadly spread of disease was mostly unintentional, great numbers of Indigenous people were also killed by Europeans through warfare and enslavement; all made easier by the ravagings of multiple epidemics on Native populations. Indigenous people continued to face war, violence, hostility, broken promises, and cultural assassination through forced relocations and assimilation in the centuries that followed.

While this stark and bitter truth of American history is more widely recognized and taught than it used to be, one often overlooked facet of the Native American story is the perseverance and vitality of Indigenous people today.

As of writing this, there are 574 federally recognized Indigenous nations residing within America today. These nations are working to reclaim and preserve aspects of their culture, traditions, and languages that have suffered in the last five centuries. Furthermore, Indigenous people are still fighting policies, laws, and prejudices that threaten their continued survival, both cultural and physical.

There’s an ongoing movement to raise the voices of Indigenous peoples and their sovereign nations, both in local communities and in the eyes of the U.S. government, which brings us back to Indigenous Peoples’ Day. Indigenous Peoples’ Day is celebrated on the second Monday in October, the same as Columbus Day (which venerates Italian navigator and colonizer Christopher Columbus). This is intentional.

Rather than celebrating one of the first European encounters with the Americas, and by proxy, its deadly aftermath, let us turn instead to the first peoples of these continents.

Indigenous Peoples’ Day is a call to look closer at this land’s history and remember the casualties of colonialism and westward expansion. It’s also a chance to celebrate the endurance and beauty of all contemporary Native cultures and raise awareness of their continued struggle.

This week’s Meal Plan is a whole food plant based nod of acknowledgment and appreciation for Indigenous peoples and their cultures. We create plans like these as invitations to experience a small part of our world’s beautiful diversity and to show support and solidarity for those whose experiences differ from our own.

In that spirit, we hope that you’ll check out the resources below where you can learn more, get involved, and find ideas for celebrating this most special holiday.

If you’re ready to celebrate Indigenous peoples and get cooking, grab these plans in your Plant Fueled Life portal and get started.

Our Gourmet Meal Plans inspire our Simple Meal Plans. They are gluten-free and quicker to batch. Simple Indigenous Peoples Day is still tasty and loaded with ALL the flavors, but with minimal effort. Both the Simple and the Gourmet plans are loaded up in the classroom, waiting for you to cook and NOM!

Here's what our members enjoy.